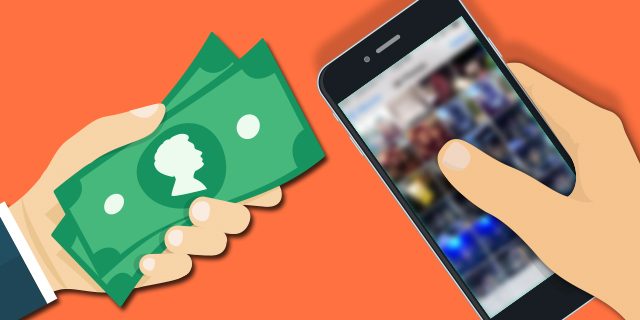 What happens to your old dead or working smartphone once you buy a new one?

Many people have a habit of storing old phones that are in good condition, while others throw them away if broken or dead. If you have been doing this, it is time you started selling your smartphone instead of storing or throwing it away.

But why should you sell your smartphone?

You Will Recover Some of the Money You Spent

Selling is better than keeping or throwing your smartphone. This is because you get to exchange the gadget for money. In the process, you recover some of the money you spent buying the phone. You can sell a phone regardless of whether it is in perfect condition, has minor scratches or cracks, or it is dead.

Many physical and online shops buy used phones. Thus, what you should do is find a reliable buyer who will make it possible to sell & trade in your phone online. The reason you should sell to a shop with a proven record is that they will buy the phone at a fair price. Also, you are sure that the money will be sent to you as agreed, and within a short time.

Therefore, consider selling your old smartphone the next time you buy a new one to recover a percentage of the money used.

You Will Protect the Environment

Phones are among the leading polluters of the environment. Each year, thousands of broken or dead phones end up in landfills while others are thrown away carelessly into the surrounding. The batteries in the phones contain chemicals that are released in the atmosphere while some find their way in water catchment areas.

You can reduce the quantity of broken or dead phones that end polluting the environment by selling instead of throwing away. Shops that buy the phones ensure that they do not harm the surrounding by doing two things.

First, they remove usable parts from the devices such as the batteries. The components are then used to repair other broken phones. Secondly, they send unwanted parts back to the factory for recycling and re-use.

That’s right. By selling your phone, you make it possible for persons with alow income to afford a decent smartphone. This is because buyers usually refurbish used phones and then sell them at a reduced price. It then becomes possible for people who cannot afford some of the leading phone brands or models when new to buy them as refurbished phones at a suitable price.

Therefore, instead of keeping a phone that you don’t need, sell it so that it can find its way to another person.

In conclusion, sell & trade in your phone online instead of storing or throwing it away. The move will help you recover some of the money spent buying the device. You will also protect the environment and make it possible for low-income earners to afford a good phone.