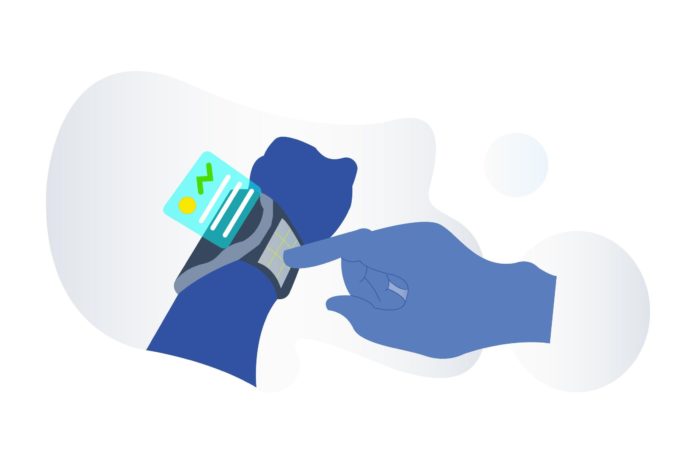 Remember the first time you saw someone wearing a Fitbit or Apple Watch? I don’t know about you, but I thought to myself that humans have come a long way when it comes to wearable technology. Even today, I still find it amazing that we can answer a phone call from our wrist or pay for something with our watch. But there are applications for wearable technology that extend past making purchases. In fact, according to Markets and Markets the wearable technology in healthcare market is expected to reach $12.1 billion by 2021.

What is driving this trend in wearable tech in health?

Wearable technology is being driven due to a few key reasons:

Countries around the world are needing to find new ways to cope with an ageing population. In the US, it’s predicted that by 2030 over 20 per cent of the population will be aged 65 or over. An ageing population coupled with COVID-19 has seen technology in the healthcare sector move at a rapid pace and a need for remote treatment.

What is wearable tech being used for in healthcare?

There are a number of areas of research where wearable tech is being used to track certain diseases and ailments.

Reducing the risk of Type 2 diabetes

A start-up in Melbourne, Australia called Nutromics has developed a wearable smart patch that measures glucose levels which the user can access on a mobile app. This device is the first of its kind as currently wearable technologies can track heart rate and steps, but this smart patch can monitor your health at a molecular level. In Australia, an estimated 1 million people live with Type 2 diabetes and elderly people can be more susceptible to it. This smart patch could be incredibly helpful for medical professionals in the fight against this chronic disease.

You can find the best cardiac doctors and experts that can guide you towards a healthy life at https://www.cvgcares.com

A wearable device is being developed in the UK in the fight against Alzheimer’s disease which is being led by Alzheimer’s Research UK. The device will be able to collect data on heart rate, sleep patterns and gait of the wearer, which researchers hope will give them a better understanding of the disease. Currently there are 850,000 Britons living with dementia and in the world there were 50 million in 2018. The project will involve combining artificial intelligence with other digital data measurements, as well as traditional sources such as brain imaging and memory tests.

Detection of cardiovascular diseases in women

Much less is known about cardiovascular diseases in women because they were only included in clinical trials since 1993. According to the British Heart Foundation, 3.5 million women have a heart condition. In the US, Bloomer Tech has developed what they call the ‘smart bra’ which is embedded with medical sensors. The company was named after Amelia Bloomer, a 19th-century women’s rights activist who campaigned against corsets. They wanted to develop a wearable device that was comfortable because many medical devices can be quite cumbersome and annoying. The device connects to an app which the user can use to look at their pulse rates, respiratory rates and heart rhythms. The user then has the choice of sharing that information with their caregiver or doctor.

There are many smartwatches available on the market that can detect when a person has fallen. Not only can the device detect that the person has fallen but they can call someone to provide assistance, such as a family member or emergency services. Falls are incredibly common in people aged 65 and over with one in four experiencing a fall every year in the US and less than half tell their doctor about it. Smartwatches are a great device for seniors because not only do they protect them in the home but it gives them more security when they go out because they have GPS so their families know where they are.

In closing, there are so many applications that wearable technology can be used in healthcare. As outlined above, wearable technology can be used for earlier detection of diseases, allow the user to monitor and track their own data from an app or smartwatch, detect falls and make a senior feel safer. The innovation of start-ups that are popping up all the time, means there are sure to be vast improvements in the next few decades as our ageing population continues to climb.

You need to keep a balanced diet plan no matter whether you are a gym-goer or just want to stay fit. Finding total daily energy expenditure and making your diet plan accordingly helps you maintain your health. There are smartwatches and online fitness calculator available in the market that can count your calorie burnout so that you can prepare a diet plan according to your energy requirements.

4 Ways How an Orthodontist is Beneficial for Adults

5 Qualities to Check Out For in a Cosmetic Dentist in Sugar Land, Texas