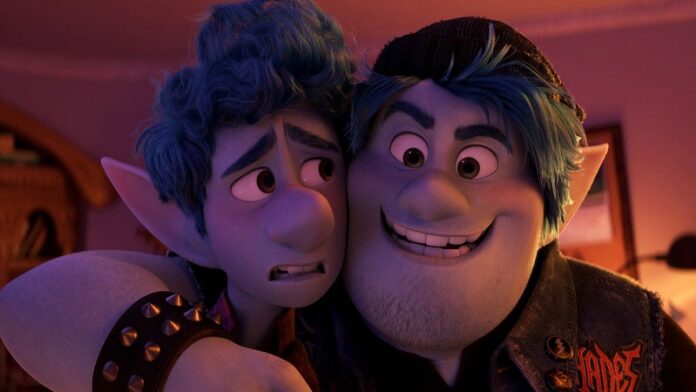 No animation studio creates smashing box office hits the same way that Pixar does. From Ratatouille, to Toy Story and Soul these movies please fans and their families of all ages. Without further ado, here are the top five Pixar movies of all time here you can binge at your home internet. Let’s dive into these five Pixar greats!

In Ratatouille Remy dreams of becoming a great chef with his own restaurant just like the famous chef in Paris mister AugusteGusteau. There’s only one problem; Remy is a rat and rats aren’t allowed in kitchens no matter how developed his culinary pallet is. With the help of his new friend Linguini, he gets a chance at becoming a chef unknown to everyone in the kitchen until the toughest food critic in all of Paris comes along.

Fun fact about Ratatouille that might be lost on some is the movie is named after a popular French dish that consists of thinly sliced eggplant, yellow squash, zucchini, and red bell pepper stewed in a tomato sauce. You can watch this Pixar movies on Dish Network and Netflix.

Toy Story is a kid’s dream come true; Andy’s toys are alive with their own thoughts and emotions. In Toy Story, Woody the cowboy is Andy’s favorite toy. That is until he gets a new toy, Buzz Lightyear for his birthday. Woody is jealous and Buzz thinks he’s a real spaceman on a mission. When Andy’s family moves to their new house, Woody and Buzz have to make peace and work together to get away from the psychotic neighbor to work their way back to Andy.

Fun fact: in the first Toy Story movie Woody wasn’t originally a cowboy. In fact, he had an entirely different personality, but the studio decided that no one wanted to watch a movie with a scary ventriloquist’s dummy or a jerk for a main character.

In Finding Nemo, Marlin the clownfish has a son named Nemo who was born with a birth defect that has left him with a small fin. Marlin worries about his son and how well he can swim. In fact he worries so much so that it upsets Nemo to the point of swimming close to the surface to show his dad that he can do it. While swimming to the surface he’s caught by a diver and ultimately ends up in a dentist office fish tank in Sydney Harbor. Marlin must go off on his own to find his son and bring him back home.

Remember Gill the Moorish Idol fish at the dentist office? Fun fact: Gill in Finding Nemo was originally meant to be a villain in the story. Instead of being the rough around the edges caring softie we know him for, he originally manipulated the tank gang into helping him escape.

Inside Out is a story about a girl named Riley who has to leave her old life behind and relocate to San Francisco with her family. Throughout the movie viewers get an inside look at her five emotions and their memories; Joy, Fear, Anger, Disgust and Sadness. Joy tries the best she can to make everything better and happy like when Riley was a little girl, but Riley’s grief is too great. Joy and Sadness get swept out of headquarters and into Riley’s mind.

Do you remember the scene when Riley was a toddler eating her broccoli? Fun fact: in Japan that scene was changed, and broccoli was replaced by green peppers because kids in Japan actually like broccoli.

In Soul the story follows the life of a middle school band teacher and musician named Joe Gardner. His true passion in life is jazz and he’s good, but his mother wants him to work a real full-time job instead of just being a musician. But Joe gets the chance of a lifetime to play with the best jazz saxophonist at the best jazz club in town. He eagerly skips through town to get ready for his big night, but falls down a manhole and passes away. He has to make it back from The Great Beyond in time for the show. Fun fact: the main character of Soul, Joe Gardener wasn’t always a musician or even a middle school band teacher. The writers contemplated making him an actor or a scientist, but nothing speaks to love and passion than music.