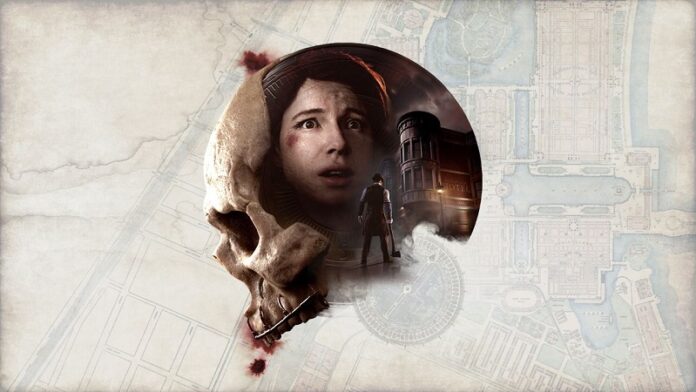 “The Devil In Me ” is the final entry in the Dark Pictures Anthology series, developed by Supermassive Games. As with all the previous video games of the series  (“Man of Medan”, “Little Hope”, “House of Ashes”) “The Devil in Me” is an interactive drama and survival horror. The game was released on the 18. November 2022 and provides an interesting experience. Here is our review of “The Devil In Me”.

This hotel had many hidden death traps just as in the “Saw” horror franchise. There

The game opens up with a tutorial where a young married couple come to Chicago and stays in a hotel of Henry Holmes, the American first serial killer. He brutally murders them, and this is how the tutorial ends. Past the tutorial, we pick up the modern day. Five main characters in the game are media employees and work in the same crew: the director Charlie, sound engineer Erin, tech specialist Jamie, journalist Kate, and cameraman Mark.

They all work on a reality TV show about serial killers and one day they get a mysterious call from a person who offers them a chance to tour and make a film about his property, a replica of the murder hotel of H.H. Holmes. And as they come to this hotel, it turns out, somebody wants to brutally kill them, just as in the original infamous murder hotel. Will the crew survive or not? As in other interactive dramas, the player must decide it for them and help them to survive with different quick time events and controls.

The quick time events in the story are connected with moves and actions (to hide from the killer, to fight off an ambush, and to decide on who from your friends must die), and the game certainly emphasizes action, not the dialogues and relationships between characters. The death traps in the hotel are vicious and scary, and it is often very difficult to choose the right option to get out of them, and it makes playing in “The Devil In Me” a scary survival horror.

One of the most interesting aspects of “The Devil in Me” is its true-crime angle. To escape from the mysterious hotel the main characters must solve puzzles, and find many creepy objects, newspapers, and notes which tell them more about the personality of the killer. The sound effects and some brutal details of his previous murders make the game creepy.

And in comparison to the previous interactive dramas of Supermassive Games, “The Devil in Me” is more about exploring the true-time case than showing depth in relationships between main characters. The other details of gameplay are similar to previous films: there is the middle-aged Curator (just as in “Little Hope”) and items to collect or find (little coins and pictures which show the possible murders of main characters). The soundtrack in the game is outstanding and the 1800s atmosphere of the hotel is intriguing.

It is important to say the gameplay has four modes to play, including the multiplayer mode. So, what about organizing a game evening (just similar to a casino party or a betting session on 22Bet login with your friends via Zoom)? There is the standard single-player mode (the Theatrical Cut) and the single-player mode with the option of controlling different protagonists (the Curators Cut), but the second mode is not available at the moment. Two multiplayer modes, Movie Night and Shared Story make it possible to enjoy the game with your friend or in a team of two to five players, online or offline.

To sum up, the “Devil in Me” is an interesting experience. The possibility of playing detectives while exploring the mysterious mansion, visuals, and sound effects make the game worth your time.

What are the Best Bonus Symbols in Slots?