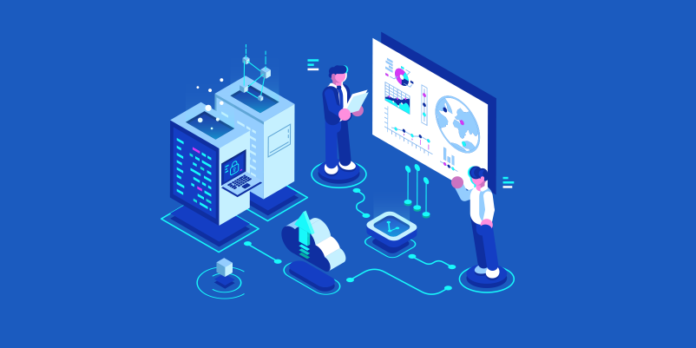 Is your system not being able to cope up with the fast-paced technologies? Maybe it lacks something that you are not aware of. Well, let me guess. I think you are still using the previous versions.

If I am right, then the solution to your problem is none other than migration. Now, you may ask, “ What is a migration in software implementation service?”, “ Why should I do VB to .Net migration?“ How is it going to help me anyway?”.

So, a migration in software implementation services is basically transferring or migrating the software systems to other platforms, technologies, architectures, environments, and programming languages. To simply state, migration is the process of shifting the data from an old app to a new one or a completely different platform.

Now, the question may arise who can help me with this migration? Luckily, nowadays, various VB to .Net migration services are available that you can resort to for migrating your one. Hence, rest assured and get your one done to improve the overall performance and give competition to others. Continue reading to get detailed knowledge about migration.

What Is a Migration in Software Implementation Service?

Migration is the method of moving the data, versions, code, and features from one platform to an entirely different one. In other words, transferring the same software from one part of the hardware, or vice-versa, or both are also known as migration.

It is a generic term that can denote the migration in apps, operating systems (OS), languages, databases, networks, data, content management systems (CMS), platforms, or a whole IT structure. So, specifically, you cannot mean just one thing though each type of migration has a specific name and meaning. All these types together denote the migration in software implementation service.

Upon hearing the term “migration,” you may think that all you have to do is transfer, and it will be done. So it is a simple and easy task that anyone can do. If you think like this, then let me tell you, your guess is wrong. As it is a complicated task and not a piece of cake that everyone can do. In fact, it needs experts and experienced people to do these. Otherwise, it may result in the failure of the entire system, which is something nobody will ever dream of.

Now that you have a clear concept about migration, let us look into some other important topics related to migration, like the various types of migration available and why it is necessary.

Below is a list of the types of migration (discussed in short) that are available and are being done every now and then by the companies based on their requirements:

It is the method of migrating an app from one environment to another, such as migration from an in-house enterprise server to a cloud-based environment, server to server, or even cloud to cloud.

It is the migrating of the apps to a completely different platform from the one for which it was initially designed. Such as shifting from the mainframes to the latest servers.

It is the migration of an operating system (OS) to a virtual machine or disk. For example, the transfer of the OS from the Hard Disk Drive (HDD) to Solid State Drive(SSD).

It is the process of moving the data from one database to another database or architecture, for instance, migration from the relational database to the object-oriented databases.

It is the transfer of the data to another database and storage. Such as the movement of the data from the internal databases to the external data storage.

It consists of shifting the app, data, or other assets from an in-house system to a cloud-based server or from one cloud to another cloud. For instance, you want your all office data to be moved to a cloud server like OneDrive.

It is the method of transferring all the prevailing content from one Content Management System to another one. Such as the movement of all the articles and blogs stored on the internal CMS to a custom-built system.

Why Is Migration Necessary?

Migration is a must if you want to increase the overall performance and functionalities of your system. Moreover, you need to cope up with the current system in order to compete with the others. Hence, it has now become a demanding factor for companies to transfer their system or improve their current setup.

And the only way to successfully cope is leaving behind your legacy system (older versions) and accepting the new one.  So how to make these possible?

Fortunately, migration came to the rescue, and thus everyone can show a sign of relief.

However, there are tons of reasons why migration is a necessity. Check the below points; you will certainly know what I meant by that:

For the following reasons, migration is a must for every company that is lagging behind others due to the use of legacy systems.

With the constant changes in technology, everything needs an update to keep pace with this fast-paced world. Otherwise, it is tough to go with the flow, and thus you may lag behind others. Certainly, you will not want to face something like this.Hopefully, by going through the entire article, you now have a clear concept about what is a migration in software implementation service. So without waiting any longer, get your one (if you haven’t done it yet) migrated by the experts to increase the overall performance and to give a tough fight to the competitors.