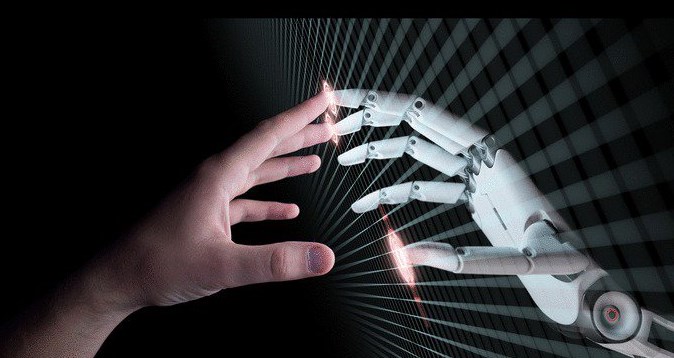 Artificial intelligence market was valued at USD 987.9 million in 2017 and is estimated to grow at a CAGR of 55.9% during the forecast period. From facial recognition to language translation artificial intelligence is integrated globally across major industries and is increasing its penetration into a wide spectrum of industries.

Industries are becoming increasingly data sensitive. They now rely on data analytics and statistics more than ever before, from booking a cab to mixing chemicals in a remote lab, it all involves artificial intelligence. Artificial intelligence receives data as input and processes it into useful information.  The sequential procedure thus developed is known as an algorithm. Having multiple layers of such algorithms creates a deep-learning environment for a computer, where the given information passes through many layers of algorithms taking into account not only one but many variables for producing results of a particular stimulus.

Artificial intelligence is quick and accurate and continuously evolving congenially with market needs. The enormous data that is churned out every day through consumers across the world just cannot be efficiently analysed through mere mortals. When compared to humans, artificial intelligence takes negligible time to process information into value adding results required by a process. Companies are now thriving on understanding consumer behaviour and their pattern of consumption more than ever before, thereby keeping this market growing.

Advanced Micro Devices, Inc., Nvidia, Intel Corporation and EVGA Corporation among others are working on creating Graphics Processing Units (GPU) for artificial intelligence to efficiently run on, as deep learning depends on GPU quickening, both for preparing and derivation. In domain of Natural Language Processing (NLP) companies like intel AI are working on Bi-directional Encoder Representation from Transformers (BERT), a technology which with Google translates languages for real-time applications.

In case of deployment, this market could be classified into software, hardware, and services. Software companies are providing software applications as an end-user product for companies to implement in their operations to reduce their working complexities and maximizing their profits. The market for specific applications is also picking up pace as companies now look for quicker on-premises dedicated hardware solutions for certain operations. Some companies provide data analysis services to companies that do not intend to have an artificial intelligence platform of their own.

Some factors restraining the growth of this market include lack of data, skill shortage, lack of artificial intelligence professionals, cost and lack of understanding of implemented systems among others.

Presently, North America dominates the artificial intelligence market in terms of manufacturing operations, technological advancements, disposable incomes, infrastructures and others. The extensive implementations of artificial intelligence in sectors such as media & advertising, manufacturing, BFSI, healthcare and transportation & automotive are supporting the AI market growth in this region.

Machine Learning and AI in Casinos and Gaming