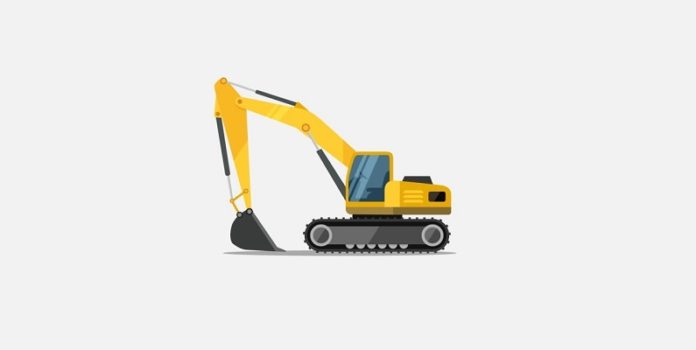 One of the most vital pieces of industrial equipment supply on a construction site is the excavator, which has helped many projects to progress more effectively and efficiently. Excavators feature digging buckets, arms, rotating cabs, and movable tracks. These parts offer superior excavation power and mobility, enabling this heavy machinery to perform a variety of functions, from digging trenches and breaking holes to removing waste and digging mines.

But what is the excavator used for, and why is it so significant for a variety of heavy machinery jobs? Excavators are used by a range of contractors and industrial needs, including mining, demolition, and road and building construction. With such a wide array of uses, it makes perfect sense that there are different types of excavators to help pick the best one for the work at hand. Here are five different types of excavators and their uses:

As its name implies, a long-distance excavator has a longer arm and boom sections. Its structure allows better activity in hard-to-reach areas. The extendable arm of this excavator can reach more than 100 feet horizontally. Such excavators are best used in demolition projects, such as structural decomposition, breaking down walls, and installations over a body of water.

In comparison to standard excavators, the skid steers have booms and buckets facing away from the operator. This position allows accessories to pass over the cab rather than around it, making them useful in narrower areas and maneuvering difficult turns. They are frequently used in cleaning sites, residential work, digging pools, and debris collection, where space is more restricted and items are spaced apart.

Often known as vacuum excavators, these excavators have a suction pipe capable of generating up to 400 horsepower. The excavator initially releases a stream of water to break the ground. Its pipe, which includes sharp teeth at the bottom, then produces a vacuum that brings dirt and debris up to 200 miles an hour. This excavator is suitable for intricate underground installations because it can minimize the risk of damage by more than 50 percent.

The type of excavator is a larger excavator that works in a different phase. The machine uses a hoist rope system that is attached to the bucket by means of a hoist coupling. The other side of the bucket is connected to the dragline that travels from the bucket to the cab.

The rope lifts and lowers the bucket, while the dragline pushes the bucket towards the operator. Draglines are mostly assembled on site due to their weight. The unique system of this excavator is commonly used in large-scale civil engineering works such as canal dreading.

The chain-wheel system helps it to roll down and climb hills with less danger, making them ideal for grading mountainous areas and landscaping uneven terrain. Although sluggish than other excavators, crawlers provide an overall performance, durability, and stability.

If you are searching for an excavator for construction work, find the best place for your industrial equipment supply gshields.com. The supplier should offer a vast range of heavy equipment and commercial vehicles from around the world from excavators to forklift trucks.