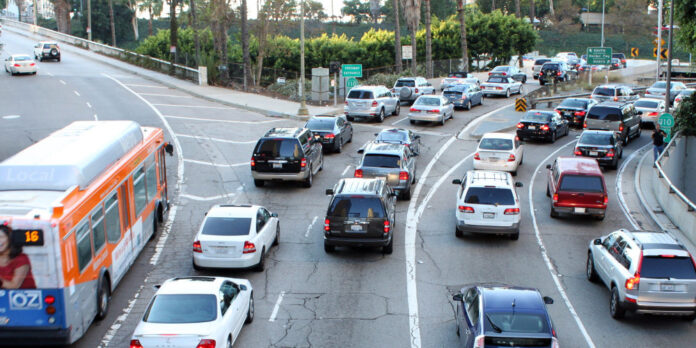 Today, urbanization is regarded as a trend that is increasing globally, at a substantial rate. With the need to sustain the quality of life and more dense populations coming in at full speed, cities are leveraging more advancements in technology that will make cities smarter and transform them into a prolific environment.  An example of one such technology implemented by cities is Smart Traffic Management, which helps in the processing and capturing vast amounts of data. Other technological advancements include the rise of connected automobiles, and the adoption of AI and sensors by cities to uphold their full potential. Now, let’s move on and learn more about connected automobiles, how IoT enhances the transportation network and how the IoT ecosystem helps cities solve their major traffic difficulties.

What are Connected Automobiles

In the advancement of IoT, connected vehicles are regarded as a very important factor. A connected vehicle can be referred to as an automobile that is competent in connecting over wireless networks to nearby devices. It is an IoT technology with broad implications. From a connected entertainment system to the automobile’s ABS system, the use cases range vastly.

How IoT Enhances the Transportation Network?

One of the latest and promising attributes of IoT in transportation is its potential for safety. Smart transportation improves the assisted driving features, hence keeping drivers safe. With IoT-implemented communication, vehicles would have clear data on other vehicles being on the same road, the distance, their speed, the nearest traffic stops, petrol pumps, and much more. The technology also alerts drivers when there is a probability of a collision or to take a turn ahead. Without IoT, self-driving cars would not be possible.

GPS is another great example of a technology that assists drivers as it enables them a detailed view of current traffic conditions to avoid traffic jams, by planning a faster route. Although GPS has its own benefits, IoT navigation offers real-time feedback. Hazards along a route can change unexpectedly, so the requirement of dynamic navigation is rather essential to alert the drivers beforehand.

Predictive maintenance powered by IoT highlights immediate repair needs. Suppose your car’s ABS system is not working, the driver would be alerted at once by the IoT-powered technology that the vehicle should be fixed as soon as possible. This also enables drivers to make repairs before the damage gets worse.

One of the valuable things to fleet owners is the widespread IoT integration in transportation and vehicle management. These services are regarded as the most prominent application for IoT in fleet management and can be used by managers to locate where their trucks are in real-time.

There have been several major advancements throughout the years, and IoT has contributed a lot to solving traffic problems in urbanized cities. Let’s take a look at some contributions IoT has put forward for cities to solve their traffic problems.

The data sources are organized and formed into a fixed traffic information model by merging the traffic data that is collected from various channels like traffic lights, cameras, telematics, and other sources.

Advanced IoT technology enables one to keep an eye on traffic operations through a centralized management dashboard. This dashboard manages to collect data from various places across the city that will help to decrease traffic jams to an extent. This also helps operators to control the traffic and to respond to different conditions.

Various IoT devices such as cameras and sensors are fixed at various locations to alert the operators what is happening at a location in real-time, as well as change the traffic lights accordingly. Moreover, in the event of a sudden surge in traffic flow, sensors can assist operators as well as the drivers to re-route and point out other shorter routes.

The Internet of Things (IoT) also allows analysing real-time traffic data which leads to the proper optimization of traffic conditions. The data accumulated helps the traffic operators or the city directors to get a useful insight into the traffic condition and also assist them in decreasing traffic jams accordingly.

At present, companies are trying to adopt new technological advancements to stay one step ahead of their competitors and also trying to provide their clients with their best services such as IoT services and AI services With vehicles becoming more refined and more connected, automobiles are connecting to more sophisticated, high-bandwidth networks, in order to facilitate a variety of capabilities.

Tips and Tweaks to Boost Your Internet Speed