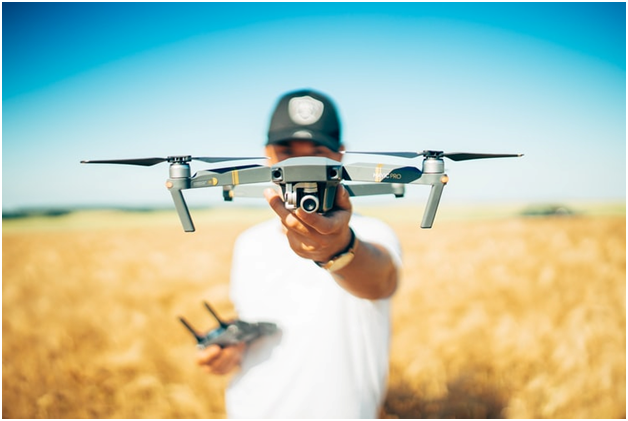 If we list out some of the notable technological success tales of the 21st century, Unmanned Aerial Vehicles (UAVs) or popularly known as Drones, are sure to top the list. Nowadays, they are used for a wide range of domestic and commercial applications. The astounding rise in its usage has resulted in the development of sophisticated software in perpetuity, among which a popular one is 3D mapping software. The 3D mapping solutions create stunning Orthographic photos, 3D models, and Elevation Models. The use of a drone as a surveying tool is becoming operational for a variety of applications including high-quality DEM generation, archaeological site surveys, forest management, 3D modeling for buildings, digital terrain model, land cover mapping,orthorectification services, digital urban planning, and many more.

The experts at Grand View Research, Inc. estimate that the global drone analytics market size will reach USD 35.73 billion by 2028. Drone mapping has a huge potential and a wide scope in construction, mining, agriculture, real estate, and infrastructure inspection. Having a clear and precise photograph in the form of a 3D model of your project area, mentioning detailed measurements is helpful in terms of decision-making.

Discussed below are a few drone applications:

We know that creating a building blueprint and its construction is intricate work and topographic mapping of data ensures that the design parameters replicate real-world dynamics and environmental conditions. When drones are required at lower altitudes, it represents a denser surface sampling. This is known to offer accurate data mapping than conventional ground surveys. This form of topographical mapping can also be complemented with traditional survey measurements on crucialdrainage structures and hard surfaces with inverted elevations when needed. The turnaround times for the drones are faster and can digitalorthophotos, images, and videos to support design, planning, and future project monitoring.

In land planning, usually, the mapping information generating can be extortionate. Paying over the odds can be critical and therefore, implementing a reliable solution that doesn’t break the set budget is important. Thanks to some of the inexpensive aerial drone mapping solutions available in the market today, we don’t have to take chances with questionable or outdated data sources.

In pit or mining maneuvers, worker’s safety is a key concern. Surveyors collect mapping and volumetric information using an aerial drone to dramatically minimize the liability or risks associated with the mine workers. This in turn boosts the overall productivity as there is no downtime in collecting large data lets at lower costs.

Irrespective of which GIS specialty you work in–asset management, forestry, environmental, remote sensing, oil, agriculture, or gas–aerial drone mapping cost-effectively delivers rapid information. Equipped with an easy-to-deploy mapping drone, we can effortlessly capture exact aerial imagery and convert it into 3D models of small- to medium-sized sites and 2D orthomosaics (maps). At low operating altitudes, cloud cover is rarely a problem. We can take it to the skies whenever needed!

Unfortunate accidents happen all the time. Natural calamities have the potential to wipe-off a patch of the population from the face of the earth. Combating these circumstances with only partial preparedness can only endanger more lives. However, drones have eased the processes of searching and saving victims particularly in challenging terrains orharsh conditions. Apart from locating lost people, drones can also drop supplies to inaccessible geographic locationssuch as war zones or other disaster-stricken countries. To simplify this, we can utilize a rescue drone to lower a walkie-talkie, food supplies, medicines, clothes, water, etc. to stranded individuals before rescue crews arrive.

Agriculturists and farmers and are always striving to make the entire process of farming cheap with the necessary equipment and modern technology. As innovative technologies are paving their way into the agricultural sector, their widespread adoption in regular crop monitoring is worth mentioning. The infrared sensors onboard the drones can detect crop health, empowering farmers to improve crop conditions with timely fertilizer and insecticides. It helps farmers mitigate risks and effectuatehealthier yields.

Kaziranga National Park was the first-ever protected area in India to employ drones for identifying rhino poachers. In the U.K, the Royal Society for Protection of Birds (RSPB) utilized drones for the surveillance of several endangered bird species in Britain.Drones have served as a poacher deterrent. They renderunparalleled protection to wildlife, like rhinos,elephants, and big cats, a beloved target for the falconer. The onboard sensors and thermal cameras have the ability to functionand maneuver during the night.

Law enforcement UAVsare a potent public safety tool to help crime scene investigation in a variety of ways. The very first task of a law enforcement drone is city mapping and chasing suspects at an affordable rate, rather than paying $ 500-600 to a helicopter to hover around. Drones are becoming so common these days, especially in the developed countries that high demand from fire investigation and police departments is catering to a major revenue chunk generated by the drone analytic market.

Drones play a very crucial role in the future of smart cities, offering cost-efficient solutions for everything ranging from traffic management to environmental monitoring. The concept of “smart city” has been around for a long time, but only with the advent of advanced technologies such as drones, the concept has gained grounds for further implementation. With built-in cloud technology and 3D mapping, drones have enabled efficient infrastructure, all while maintaining sustainability. It is becoming more common to simulate or recreate plane, car, or boating accidents using drones.

The well-known manufacturers across verticals such as Airware, Drone Deploy, Delta Drone, Precision Hawk, and Aero Vironment are involved in heavy investments to ramp up product innovation and offer sophisticated cutting-edge technology to the end-users. The drone analytics industry is set to see bright days ahead as more and more industry-leading tools to capture an unprecedented volume of aerial data are being presented to unlock the data’s potential and help business leaders with a systematic approach to analyzing, aggregating, and implement their aerial intelligence.

Technologies in Your Manufacturing Process That Need an Upgrade This Year

Exoskeleton That Adapts To The User’s Gait