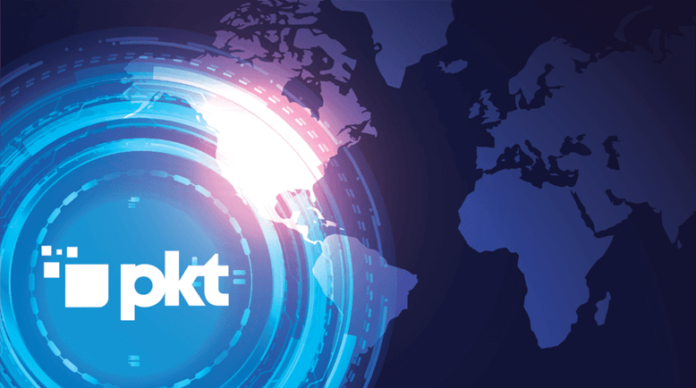 In recent times the talk of ‘passive income’ has become a widespread discussion. Everyone likes the idea of making money with ease and minimal effort with significant returns in profit, which is why this is the most important part of earnings to those in business.

Cryptocurrency, real estate, and residual income have moved us from the age where one direct source of income was the norm, and the sharing economy has provided a way for this idea to become a reality as people now share homes, office spaces, and rides to create a pipeline of profitable income. Now imagine branching this sharing into technology and its various digital wonders.

Groundbreaking! I mean monetizing computer memory, processing speed, or even internet bandwidth. Just imagine making money from things that are not technically considered assets. Come to think of it, we pay for these things sometimes without even using them, like additional bandwidth internet service providers (ISP) charge for. It would be something if money could be made by sharing that extra bandwidth with another network. This is where PKT crypto plays a role. If you are wondering what is PKT technology and how it could be of use to digital

What is PKT Cryptocurrency?

PKT is a novel blockchain technology designed to pay you cryptocurrency when you decide to share your internet bandwidth with their network. It does this by paying PKT coin, which is a cryptocurrency in a large pool of digital money with more popular currencies like bitcoin, Dogecoin, and Litecoin, among a thousand other types of cryptocurrencies.

In simple terms, PKT is traded for internet bandwidth. This makes it easier for large tech and Artificial Intelligence companies to access a larger bandwidth without restrictions to operate efficiently, eliminating processing delays as individuals with lower bandwidth needs are encouraged to share the extra, avoid unnecessary waste, and reward PKT crypto. This sounds like the easiest way to make money as you sleep!

What’s more, is that this currency is decentralized with a total of 6 million coins to be mined across 63 years’ period, explaining that it won’t be finishing anytime soon. It’s based on proof of work (PoW) functionally known as Packet Crypt based on the hard function of the bandwidth, making it possible for users’ bandwidths to be maximally shared throughout the PKT system in the best possible way.

With a block time of 60 seconds for the chain, meaning for every 60 seconds, users are connected to the network with their bandwidth, they earn coins. Basically, you communicate with the network telling them that you are supplying a high-quality bandwidth when you mine the internet either alone or in a group with others.

Are you interested in getting your hands on this coin? The common way to do it is to mine it from your computer after buying the hardware that allows you to do so. When it comes to mining this crypto, two essential types of miners work in sync to provide better results.

Any computer connected to this system can do this as it is the simplest and most convenient form of mining this currency. This process involves adding a hashtag and broadcasting it as a message in the form of an announcement to be spread across the network. The announcements serve as proof of finishing a task, and the more tasks are done, the higher chances of getting rewards.

This is the higher level from announcement mining requiring higher-level hardware and additional processing power if you are interested. After few announcements have been mined, block miners receive them. They play a significant role in validating and collecting announcements, ensuring they are of a high standard and not made through dubious means.

A PacketCrypt Proof (PCP) has to be created by the block miners, which will then be attached to their blocks created from announcements credited valid or acceptable. Transactions and the PCP are stored in the blocks, which will further be used to create chains.

Because of how tasking block mining is, it is considered competition or game, working hard to collect announcements to form PCPs and winners receive payment at the end of the exhaustive process, which would trickle down to announcement miners who helped the process. To earn profits in the mining procedure, miners have to depend on their hardware and bandwidth. You can find more on this link https://www.benzinga.com/money/cryptocurrency-mining/about mining cryptocurrency.

What is the Aim of this Network?

PKTs vision is straightforward. To provide speedy, low-costing internet access which the users can monetize. Without having to pay the normal internet service provider ISP, users can easily access the internet through this network while being PKT cash for every 60 seconds their bandwidth is connected.

Talk about the internet for the people provided by the people designed to upgrade mesh network that plays a vital role in privacy and speed. It is designed around the idea of enabling a bandwidth trading marketplace with fast, cheap transactions in small denominations. The network boasts over 10,000 wallets and above 200,000 CPUs, generating about 25Gbps of bandwidth; more and more people buy into the idea each day.

Reasons to Mine PKT

Although the current worth of these crypto stands at one-tenth of a regular penny, there are over 3 billion coins yet to be mined, and it is still considered an excellent way to achieve the passive income dreams with high hopes of long-term benefits to miners. The coins can be held personally by miners or sold in exchange for cash, depending on the amount.

The more miners there are, internet service providers will be pushed into making adjustments and improving their services in the long run. Also, it helps provide a way for customers to utilize their bandwidth entirely instead of only using a portion of it.

Cryptocurrency offers a way to make more income without putting in too much time and effort as you would with a regular demanding day job. It can’t be denied that it seems like the new ground or uncharted waters, which is scary to most but PKT is worth giving a chance as it holds a lot of potentials to be exploited in the not-so-far future.