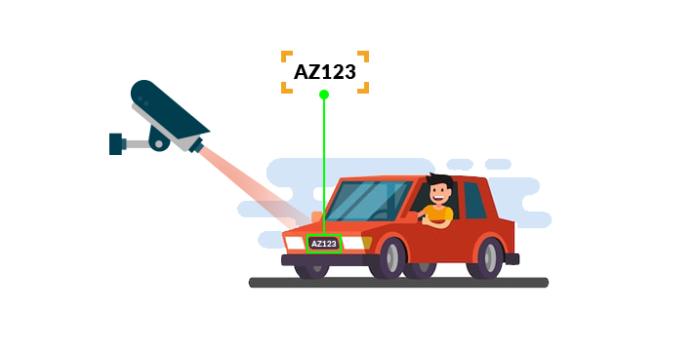 ANPR is a technology that has been around for some time, though few people had heard of it just a few years ago. However, is this useful tech is being adopted by more people for various purposes, it is becoming more well known. In fact, you’ve probably heard the term “ANPR” being discussed more and more lately.

So what is ANPR exactly and what can it be used for?

ANPR technology automatically recognizes car number plates using intricate optical character recognition. It works by taking an image of the vehicle, detecting the number plate characters and then analysing theimage in 50 to 100 ms to instantly decode the vehicle plate. It is a highly accurate system that can read vehicle number plates in real time. This technology is also capable of generating metadata and identifying images containing a vehicle licence plate as well as the associated decoded text belonging to the number plate.

ANPR refers to the underlying technology that identifies the vehicle licence plate and then supplies this information to the next stage. This is typically a computer processing system that uses an ANPR-based application that interprets, stores or matches the vehicle number plate information. ANPR has traditionally been used by police and law enforcement to track criminal behaviour and hold people accountable for misdemeanours such as speeding. However, this technology has a range of other uses and it is being applied in new and different ways all the time.

Law enforcement remains one of the most common applications of ANPR technology today. This technology allows police forces to detect vehicle plate numbers of cars that are speeding or breaking other laws or regulations, such as running a red light. The technology can then process the licence plate number, connect to the government’s database of registered vehicle owners, and send the offender the relevant fine or court summons. This technology also has wider applications in detecting criminal activity and promoting public safety.

Another common use of ANPR is in toll stations. This can be a huge time-saver for commuters who use toll ways, as well as making the process more cost-efficient for authorities. Rather than cars needing to queue up at the toll booth, hunt around for change, and wait while their payment is processed, cars can pass through automatic toll stations that use ANPR technology that recognises their vehicle. The payment can then be paid later, for example online, or as part of a monthly or annual toll pass.

With the increase in population density in many areas traffic flow and bottle necks are becoming more problematic in car parks of all kinds. Additionally, security concerns mean that it is important that you allow people entry to car parks who have a right to be there, and keep other vehicles out. Tools such as Nortech devices use ANPR technology to better manage car park traffic flow and maintain proper access control for commercial, business and private car parks.

ANPR allows car park management to automatically read number plates of vehicles to monitor their car parks and seamlessly admit registered vehicles. This not only keeps the site secure by making sure that nefarious vehicles cannot access the car park, it also improves safety for car park users because they do not need to get out of their car to pay at a ticket machine or find an attendant.

ANPR is also being increasingly used to enforce bus lane enforcement. Environmental concerns as well as traffic congestion have prompted many local authorities to implement policies that encourage people to use public transport. One of the most common is bus lanes, which can be very effective apart from one key drawback: drivers who don’t follow the rules and use the bus lane without permission, underlying the whole system. ANPR systems can be used to detect and penalise vehicles that illegally use bus lanes, acting as an effective deterrent.

Intelligent Transport Systems, or ITS, use technology to improve transport systems. These systems are more environmentally-friendly, safer and more efficient, while allowing commuters and travellers to go about their daily business. One of the technologies used in IT is ANPR, which plays a critical role in communicating information in order to allow the system to react to new conditions and make it more responsive, better serving the needs of its users. ANPR can also provide journey time information and identify the causes of pollution in the system, helping authorities to come up with appropriate solutions.