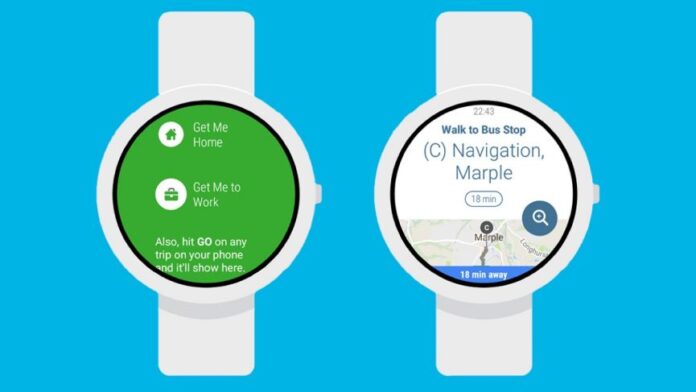 Wearable technology needs no introduction to modern tech enthusiasts. Talking about the range of the most sought-after wearable gadgets, you will come across a myriad of fitness trackers, smartwatches, & devices getting popular among users who are adapting them to perform their daily activities. The evolution of this technology in collaboration with the existing concept of mobile app development is a turning point for the industry. We can’t deny the fact that businesses are more inclined towards wearable apps over mobility solutions. The majority of industry verticals are interested to invest in wearable app development over other counterparts of digital mobility. As far as the current scenario is considered, it is quite clear that wearable technology is all set to create massive digital chaos this year as well.

While the story of basic mobile app development continues to take a new turn with every passing moment, wearable technology keeps on transforming the way apps and smart gadgets can be used to introduce a secure & efficient wearable system to simplify a range of tasks. It’s time to keep your fingers crossed while reading this blog as now you’re about to learn some interesting wearable app development trends that are expected to emerge in 2021.

7 trends in wearable app development that will dominate in 2021

Since the current mobile app industry is embracing the advent of stupendous innovations, modern programmers must modify their methodologies & skills to develop robust wearable apps with useful and engaging features. Regardless of your business background, considering the usability of your wearable app is a prerequisite to keep pace with the ever-changing demands & preferences of customers existing in the competitive marketplace. Hence, one must prioritize 7 wearable app technology trends while planning for their next project to keep in sync with the emerging developments in the market:

IoT and wearable will come together

Wearable technology will embrace the benefit of the Internet of Things to empower a large number of industries. Thousands of startups and ventures from healthcare, fitness, manufacturing, transport, home automation, mines, oil & gas, etc. are using wearable products to introduce IoT-enabled setup with smart features to serve better accessibility to their products or services. People feel more comfortable using wearable apps to conduct their regular activities whether it’s about tracking their fitness goals or monitoring home automation systems remotely and IoT technology is capable of adding value to their experiences.

There is a crowd of trending wearable products from top tech brands like Apple, Google, Fitbit, Samsung, Adidas, Xiaomi, etc. in the market. Incorporating IoT with a host of new features is what developers are looking forward to considering as a major wearable app development trend in 2021.

The size of wearable apps is as small as the tiny screen of your smartwatch or fitness band. Developing a feature-packed application for wearable gadgets is lesser complex than building a basic mobile app from scratch. So, what’s more challenging for wearable app developers? The necessity of focusing on key features and elements of a proposed wearable app shall introduce the most important trend for wearable tech in the coming days. If your wearable app lacks some distinctive features or functionalities then it would be at risk of lagging behind its competitors and thus, developers must work on crucial elements & functions of an app to boost its discoverability among the target users.

Small-sized screens of wearable products raise a big concern for modern developers and they limit the scope of adding multiple functionalities within in compact space of their screens. Thus, app elements will become a prominent wearable app development trend for present-day iOS & Android app developers who are supposed to create wearable apps with simple yet exceptional components.

Wearable technology would help digital marketers in retrieving useful data related to shopping preferences, likes, dislikes, locations, & other behavioral patterns of consumers for promotional benefits. With a collection of data drawn from wearable apps, advertisers get new opportunities to marketize their products or services with higher probabilities of reaching the right group of audience. The perks of gathering critical insights from wearable gadgets like wearable fitness trackers & Google glass also help developers to customize their software as per the market demands and user preferences. Witnessing the buzz for smart footwear and clothes in the current market, we can foresee the role of impactful consumer interfaces as a part of wearable app development trends in 2021.

Whether you want to track your taxi or food order, it is impossible the usual phenomenon of location tracking or sharing without GPS tech or a Global positing system. GPS is a general term for any of us. It will soon trend amongst wearable app development service providers as GPS is flexible when integrated with multiple devices and very easy to handle in collaboration with wearable apps & devices. Therefore, we can mark this technology as one of the top wearable app development trends for this year.

Contactless payments are crucial improvements in the core wearable app development areas. The new experience of making seamless & secure online payments on wearable apps in just a matter of a few seconds would dissolve major hurdles or inconvenience that users face while transacting digitally.

In a similar context of enabling online transactions, wearable app developers must roll up their sleeves to learn the secrets of integrating protected and safest payment gateways to the app.  In addition to this, the need for linking the entire system to the computer while designing an app for wearable would also introduce the most challenging wearable app development trends for coders.

With every upgrade, the manufacturers of wearable products come up with new features, designs, & other key add-ons. To cope with subjected shortcomings or limitations related to the precision and usability of smartwatches, engineers are constantly working on enhancing the capabilities of such wearable devices. There is no doubt that customers always look for advanced versions of whatever gadgets or products they use at a time and that’s why wearable app developers must keep their eyes on the ‘smarter’ variants of gadgets that are expected to arrive in the wearable market.

All those fitness bands, glasses, smartwatches, etc. are now offering more than what they are supposed to. From tracking step counts to workout activities, wearable products allow users to monitor their sleep schedule, glucose levels, stress level and handle a range of day-to-day tasks effortlessly.  Moreover, the growing adaption of smart office and home automation also triggers the need to develop a high-performing app with the ability to conduct multiple operations simultaneously.

The emergence of Beacon technology

The Beacon technology is on its way to reshaping the future of wearable apps in the market. Apart from the retail industry, many businesses are embracing this Wi-Fi and location-based technology to power up their wearable apps for smartwatch users.  Since both technologies offer mapping facility to locate larger shops, most travel and e-commerce businesses are aspiring to go ahead with beacon and wearable techs to broaden their customer reach. Therefore, we can interpret the rise of beacon technology as future wearable app development trends that developers must start considering from now.

With more innovations coming on the way, we shall witness 7 major wearable app development trends as described in the blog. The ever-increasing adaption rate of the wearable app also indicates the growing popularity of technology among the global population. From healthcare to travel, transport, fitness, alarms, automation, & other various sectors, wearable technology is covering a broad range of industries with specific requirements and customer base. Therefore, it becomes essential to keep all the projected trends in mind to come up with the desired outcomes in the app development.