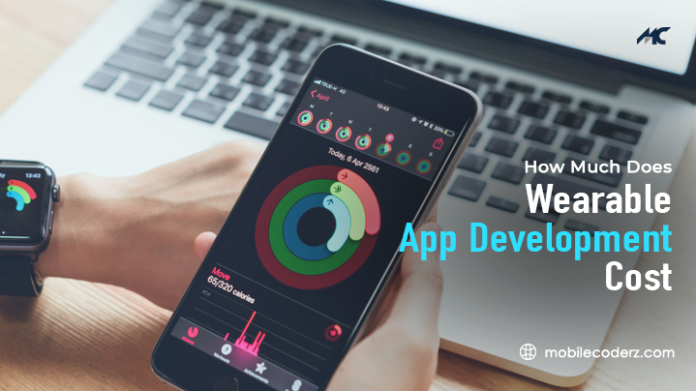 The journey of developing wearables was first started with the Apple Watch and Fitbit. Now, its value has been increased by the billion-dollar industry. In the year 2020, almost 800 million wearable devices will be available globally, and still, its market is progressing. Therefore, there is still a chance for newcomers to go for wearable application development servicesand make a hit.

This is the best wearable app to keep yourself relaxed and feel comfortable. The Calm application is easy to synchronize and can be viewed conveniently. You can take the subscription for it easily and meditate.

It is a famous music application used by people of different age groups. This allows you to get the same feeling of listening to songs that you get while having a phone in hand. You can comfortably scroll the songs you love to tune in and manage other activities of the app at the same time. Controlling the volume and scrolling through libraries can be even done smoothly while using the app.

Recordr is an Android-based wearable app that allows a user to do a recording of the sound coming from surroundings using the smartwatch. This specific app has been installed through millions of individuals present across the globe. Using it, 8kHz,16kHz, 44kHz, and 48kHz audio can be supported.

It is the most beneficial application to use. The particular wearable application helps you to make payments for your tickets, food, drink, clothes, etc. When you use it, you will not have to use your phone or wallet. The only thing you need is the Google Pay app and NFC-enabled smartwatch. Whether you want to request money or need to send it, this wearable app is useful to serve such purposes.

Telegram is a great messaging app used by multiple people. It can be easily used for making groups, checking messages, and giving quick replies. Also, the wearable app consists of customized themes that can be implemented conveniently as per the desire of users.

There are multiple things that decide the price to develop a wearable app. Here you can have a look at all those factors that finalize the total expenditure on an app. One thing that you should keep in mind is that the cost can vary according to the type and complexity of an app whether it is wearable or not.

It is a phase where your offshore wearable app development company invests some time in user research just to deliver great outcomes while providing you the end product. A reputed firm with a good image will not charge you unnecessarily for designing profiles and research but they do include such charges in the project estimate.

Notifications: This shows the contextual and movable data. It facilitates a seamless experience. Using it, one can reply to a message, play favorite songs, or open a location using a map.

Voice commands: These days, several smartwatches that have been introduced are integrated with the voice command functionality. It simply means that a user can give voice commands. That is why while designing a wearable interface, special attention is required.

Watch faces: Ultimately, a smartwatch can be defined as a watch only but, this is not required that a time-based app should have a watch-like appearance.

Wear apps: These apps work in the same way as your app will function without any connection with a smartphone application. Just like these independent wear apps, one can use the same design principle and create a new one from scratch.

When it is about Android-based wearable application development, they are built using the same methodology as other available applications while using Android SDK. The main thing that differs is features and functionalities.

The wearable app development cost varies because of its dissimilarity from phone applications. During development, watch-based APIs and functionalities would be integrated for the specific category.

The outsourced quality experts always need to focus on multiple instances to ensure the launch of a successful wearable app. There is a difference in the cost of testing a smartphone and wearable application. The things that enhance the testing cost in wearable apps are the data syncing process, screen-size difference, etc. While testing the wearable app, battery life is equally important.

When it is about technology, both wearable and smartphones use the same. There is barely any difference in the technological stack.

The app development cost also discriminates according to the chosen location. Let’s have a look at the list of countries with their wearable app-building cost.

Wearable apps have obtained enough recognition in recent times. It has lifted the standard of the app development industry. Now, businesses are even showing their interest in developing wearable apps to ensure success and maintaining their top-notch position. This has also increased the demand forhiring wearable app developers from an outsourced company.

Tips for Mastering Valorant Ranked and Reaching for the Top