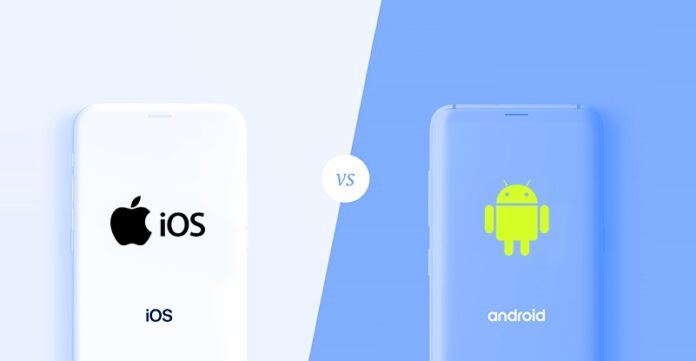 Apple vs. Android debate is one of the most hotly contested arguments in the mobile world. On one end, you have a highly specialized software and hardware manufacturer that provides an experience, ecosystem, and security system, that is simply exceptional, in Apple.

On the other hand, you have a more decentralized manufacturing process with multiple companies manufacturing their own Android phones, offering incredible customization and personalization options for its users that, for some people, is untradeable.

Apple is the only company that produces iOS phones, and focuses on a very limited target audience, and is known for cultivating a cult following, amongst its loyalists. Apple’s flagship iOS phones are their main focus, and you have very limited iOS phone options in the market.

Conversely, Android is a lot more dynamic and has a wider target audience. While their flagships are price competitive when pitched against iPhones, there are many companies that produce budget android phones, often called mid-priced or mid-tier phones, for a target audience that doesn’t spend exorbitantly on mobile devices.

So, what metrics are we going to use to judge this price war between Android and Apple phones? Let’s define them now.

I think simply comparing the price range of phones in isolation is not the correct way to go about concluding this topic. We should also look at phones sold, revenue generation, and the sale trends of the two categories of phones.

Here are the main considerations I’m going to look at:

Let’s dive straight into evaluating the price war between Apple phones and Android phones based on these metrics.

But for purposes of not limiting our sample size, let’s take more than one phone to also come up with an average flagship price range for both Apple and Android.

In terms of flagship phones, you can see the average cost on both Apple and Android. In 2020, Apple is releasing the iPhone 12 series, with iPhone 12 Pro and iPhone Pro Max as its flagships.

The starting price for the new models will be as follows:

What this shows us is that in terms of the flagship phones, both upcoming and already released, the price difference is negligible, for someone who is already ready to spend round about $1,000.

Though it’s important to understand that there is a wide range of Android phones that are not taken into consideration because there is no competing Apple phone.

This includes the mid-tier phones from Huawei, Vivo, Nokia, Realme, Samsung’s mid-tier series, and many more. This is because Android’s basic OS is open-source, which means developers can add customization to release their own versions for their devices.

This includes phones at $200 – $600 price range, but it wouldn’t be fair to bring them into a price war comparison since there’s no Apple alternative to compare them with.

Here one thing is clear, Apple is definitely trying to lower prices of their base flagship phones to increase their market share, especially given the fact that top-of-the-line phones are becoming increasingly expensive each year.

How Much Revenue is Being Generated by Apple Phones vs. Android Phones?

In 2019, Apple made a revenue of $142.381 Billion from the sales of iPhones. Apple generated 32% of all revenue, while 66% of the profits from the industry were also made by Apple.

Based on that, while there are no numbers available on revenue generated by Android phone sales, you can imagine that it’s at least 2X of Apple’s, based on the market share statistics.

But here’s where things get complicated.

Despite Android phones covering a larger audience and selling both high-end and mid-tier phones, their profits outshine the profit made from the sales of Android phones.

This shows that despite Android smartphone manufacturers producing phones like One Plus Nord, iPhone isn’t losing out on profit against Android, which shows that for Apple users and loyalists, this price war isn’t as effective as you’d initially think.

From July 2019, there is a net drop in Android’s market share and a net increase in iOS’ market share.

Although, the current market share is neither OS’ lowest or highest market share in the last 12 months, what that suggests is that any fluctuation that the price war has had on market share has been quite sustainable and hasn’t resulted in a drastic impact on Apple, considering that they are still making most of the industry’s revenue.

At the end of the day, what this shows is that Apple is doing alright and with the new iPhone 12 being released at a super competitive market price, I think that the market share is likely to increase, since cheap android phones aren’t a new thing, and as the stats stand today, they haven’t really affected Apple’s high-end, high-price flagship phone sales in any significant manner.

So we’ve already talked a lot about iPhone’s current performance, and how despite shortfalls in revenue and profit, there hasn’t been a large impact.

It’s also hard to attribute the dropping revenue numbers in 2019, to the price war itself. There’s no particular market trend data that suggests that the fall in Apple’s revenue is because of Android.

If that was the case, Android’s revenue and profit would have taken a mention-worthy rise, but that isn’t the case either.

So if you analyze both the Operating Systems, I don’t see anything conclusive in the data that suggests that Apple is losing the price war, given that they only fight the battle on a limited plain of high-end flagship phones.

This perception is also shaped by the fact that the global top 10 selling smartphones of 2019, included 6 Apple phones, and no flagship Android phones. This list is led by the iPhone XR, and iPhone 11, positioning Apple as the best performer.

I think in terms of the market trend, the image above showcases what I mean by the price war not being the reason for Apple’s relative fall because we don’t see any competing high-end Android phones taking up top positions in the industry.

In conclusion, Apple isn’t likely to lose the price war to Android Smartphone Manufacturers due to two important factors.

So for Apple, price wars aren’t a threat, and if you’ve seen anything related to iPhone 12’s release, you’ll see this reflecting their tone and messaging.