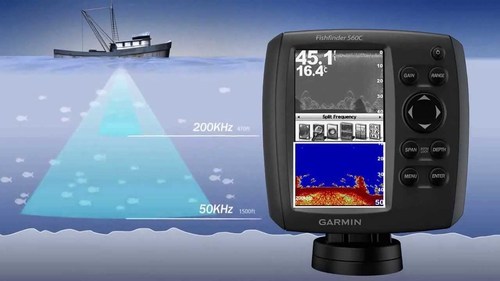 A fish finder is a small device used by many fishermen to locate and catch fishes deep underwater. Fishfinders use a SONAR (Sound Navigation and Ranging) device to radiate sonar waves. After that, they use those waves to gather valuable information about the presence of fishes.

Like – location of the fish, depth between the fishes and the source, distribution of the fishes, and much more. So with that in mind, if you are looking to buy a new and popular fishfinder, take a look at the differences between solix vs helix devices right here.

How Does A Fish Finder Work?

Fishfinders are devices that operate using a SONAR device that emits sound waves to determine the fishes’ position under the water. The mechanism is pretty simple – the sound waves emitted from the sonar are transmitted throughout the water and reflect those waves back to the source if it finds any obstacles on its way from the source to the riverbed.

Sound waves operate at almost 1500 meters per second underwater, nearly 5 times as sound travels in the air. And so, the time taken for the sound to emit and reflect back is used to calculate the distance between the source and the object. The sonar receives ultrasonic waves in the form of an electric signal and is converted, which is transmitted through the receiving wire.

The received electric signals are of different strengths (weak, moderate, strong), and so it is passed on to the signal amplifier in order to magnify and understand it correctly. The amplifier sends the boosted signal to the processor, which then helps to generate an image of the amplified electric signal. It is where color comes into play. Strong signals are represented by orange or red, while the weaker signals are represented using blue or green colors. If there is a dense school of fish, then the waves will reflect back strongly and

Two parts of the fish finder work together to give the results:

The accuracy of the device in its entirety is based on how well the transducer is mounted on the bottom of the boat. As you may know, an improperly mounted device may lead you to incorrect results. However, there is always a learning curve for this, and ultimately you will get better through trial and error.

How to Read the Fish Finder Correctly?

Knowing how to read a fish finder correctly is essential as it conveys a lot of useful information, such as – the depth of the water, the shape of the bottom of the riverbed. This information is important to choose the type of lures and weights for catching the right fish. There are different categories of fish finders in the market based on the price range. Usually, you can expect to find the price starts from $50 and then extend up to a thousand dollars.

Here are some points you can use the fish finder efficiently:

The price is variant because of the build quality and the added information it provides. The most efficient devices are the ones with GPS features, able to differentiate between various types of fishes, precise information about the fish size, depth of water, trajectory, etc. In addition, it allows you to find the important fishing points and save those locations in the memory for further use.

Fishfinders are handy devices supporting hands to reveal the fishes’ location under the water easily. Professional fishers or archers use the fishfinder devices regularly to catch fish which is very convenient as it saves lots of time and energy. So, with the right amount of knowledge, a fish finder is what you need to have a great fishing experience.

How US Waterways Are Protected and Controlled

Agriculture Drone Industry Expected to Worth USD 3,697.4 Million by 2027