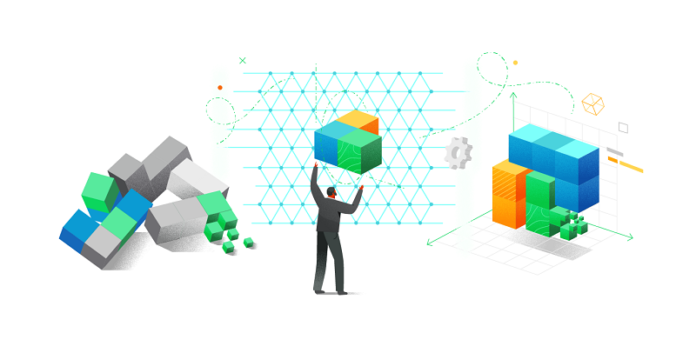 Microservices are the combination of small independent services and are often referred to as small bombs. Why? Because the microservices advantages are suitable and capable enough to bring profits for any developing company or project if appropriately used.

But for that dream to come true, they need to communicate properly. So, do you know how do microservices communicate with each other? If not, this article is the right one for you.

Why? You will know it yourself within a short time if you just invest some valuable time of yours and read this handy article. For sure, you will not regret it as you will get to know about a complex thing in the easiest way possible. Keep scrolling to know further about it in detail.

How Do Microservices Communicate with Each Other?

Now the question may arise, why is microservices communication so much vital? Right!!!

At first, let me clarify these queries so that you get to understand things better without having any more doubts.

As I told you, microservices are small independent services, so each service gets executed independently. That’s why to function properly at all levels; it needs an effective rule to interact between all the services. Thus, there remains no chance of any mistakes, and the whole thing functions as it is expected to run.

In contrast, the wrong technique selection use for the interaction protocol among the services will undoubtedly lead to poor performance and functionalities in the applications. Trust me; it is something which you will certainly never want as such things are dreadful for any business or project and are enough to collapse it.

Hence, if you want your microservices to work efficiently, the only way is to make sure that they communicate with each other using the right method. These services interact with the help of an Application Programming Interface (APIs).

The full form of API is Application Programming Interface. These are the main structure blocks for virtual connectivity. These act as media for several apps, information, and devices to communicate with each other.

In simple terms, it is a messenger that receives calls and notifies the system of what the user wants to do, and returns the response to the rightful user. Thus, a record is enlisted for each Application Programming Interface. It consists of terms and conditions concerning how the data will be exchanged between the 2 systems.

However, for each microservice to interact with other microservices properly, there are 2 possible techniques, namely:

Let’s see in detail how they work to get a better understanding of both of these techniques:

In the synchronous communication protocol, the user sends an appeal and waits for a reply from the service. It is kind of delaying as the processor waits for the response without doing any other tasks.

An example of this communication protocol is HTTP (HyperText Transfer Protocol).

So, basically, how do they interact?
Let me explain in simple terms. Here, at first, the client requests the service directly via the HTTP rules. The client typically gets the reply instantly with either any 1 of the replies, as either success or error.

The CPU gets blocked till the service sends the response to the designated requests. If, for any reason, the delay is much longer, it will affect the overall performance of the applications as the CPU sits and cannot do other vital tasks. That is, it can continue doing its job only when it receives the HTTP server reply.

Is there any way to solve these problems?

Well, fortunately, there are 2 ways by the implementation of anyone, you can solve these issue:

Instead, it keeps continuing to do its designated work as it should have been doing, without affecting its performance or any functionalities. Hence, it has no delay as there is no blocking in letting the processor do any other tasks.

So, what is message-based communication, and how it interacts?
It is mostly used in the enterprise application integration for making the combination loosely coupled and asynchronous. In fact, it is one of the ideal options to make the app more strong and accessible.

Unlike HTTP, there is no direct communication between the services as it doesn’t directly send the request. Instead, it pushes the message via a message broker. How does it work?

Now a question may arise about what it does in the case of a single receiver and multiple receivers?

Based on the type of the receiver, it does the following things:

Generally, each call has one sender and one receiver. So, if it gets more than one request, it gets in the queue as a single receiver can take only one request or call at a time.

Every call can be sorted out by none to several receivers. It is usually based on the message broker or the event-bus interface while transferring information between the microservices via the various actions or events.

Hence, these are the 2 ways that microservices use anyone to communicate with each other.

Hopefully, you now have got a clear understanding of how do microservices communicate with each other. Although both methods have their pros and cons, however, if you ask for any opinion, the preferable one to go for undoubtedly is asynchronous. Why? In short, it is more alert, accessible, quick to respond, and if not more, it is also fault-tolerant.