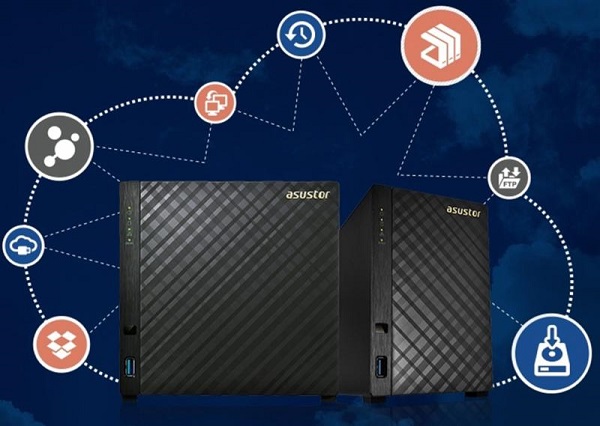 ASUSTOR Inc., a leading provider of network storage solutions, provides users with a comprehensive array of backup features through its NAS solutions. Data can be spread out across various devices, so ASUSTOR NAS products allow everyone to easily and flexibly the backups of all their data. ASUSTOR NAS products also feature Rsync, providing easy backups, two-way data transfers, incremental backups, encrypted backups and also backup scheduling.

ASUSTOR NAS devices all come with various protections for your data, such as RAID. ADM’s various protection and backup features allow everyone to backup data from a NAS to other devices or a public cloud service easily. ASUSTOR NAS devices also support two way sync options, such as backing up data to and from a Windows PC or server and specified designated devices. ASUSTOR Backup Plan supports both scheduled backups and synchronization. If original data is damaged, destroyed or lost, making ASUSTOR Backup Plan the correct way to conveniently restore data.

“Cloud backups are an excellent complement to an ASUSTOR NAS to provide additional redundancy and security for businesses who want to ensure important data is always available. An ASUSTOR NAS offers excellent backup capabilities which are affordable and easy to use and helps prevent data loss in case of accidental falls or theft, making ASUSTOR’s NAS products designed to ensure data safety.” said Ripunjoy Gogoi, Sales Director – India and SAARC region, ASUSTOR Inc.

ASUSTOR NAS devices provide everyone with a comprehensive array of backup features and provide several options to backup up data, such as the examples listed below.

ASUSTOR’s Backup Plan allows you to easily backup data from Windows machines and Macs to an ASUSTOR NAS.

MyArchive is a storage technology for ASUSTOR devices that supports almost as many bays as there are on a NAS to create MyArchive hard drives. MyArchive’s cold storage technology turns NAS hard drives into removable storage archives. Furthermore, MyArchive helps to save power by archiving data not in use. MyArchive drives make use of the local SATA interface on the NAS, providing transfer speeds of up to 6Gbps which is much faster when compared to external storage devices.

FTP works well for sending and receiving large files between devices. FTP is also a convenient and commonly used transferring utility and can be used to replicate backups and share files. ASUSTOR NAS devices also provide 2-way transfer support using FTP to allow data to be backed up easily to and from the NAS.

ASUSTOR NAS devices feature USB ports on the front and back, allowing users to schedule backups from other devices to their NAS. An ASUSTOR NAS also features a button alongside its front USB 3.0 port which can be used with One Touch Backup feature. ASUSTOR’s AiMaster mobile app can execute backups remotely allowing quick backups to the ASUSTOR NAS without the use of PC.