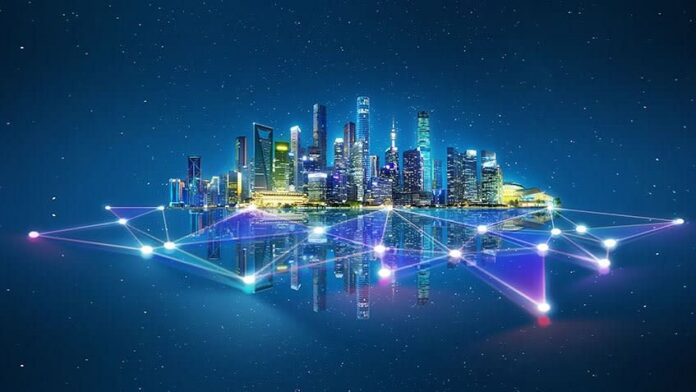 The future of urban life appears to be the smart city. With devices connected across the Internet of Things (IoT), everything will run smoother and more conveniently in these futuristic hubs of people and business. When conjuring up images of tech-embedded cities that seem the most likely to transform into smart cities over the coming decades, settlements in the Middle East likely don’t come to mind. However, amongst nations of this region – with many of the richest belonging to the Gulf Cooperation Council (GCC) – there are clear signs of rapid development towards impressive smart cities.

To become a leading example in smart city development, though, GCC nations have some stiff competition, and several ranking places to climb.

Smart cities getting ready for the big push

Key to all smart cities is a willingness of local governments to fund and commit to the rather huge undertaking that is transforming a sprawling metropolis into something that can utilise increasingly efficient and sustainable technologies. At the moment, Oceania and Asiaraces to become “smart” cities, and the typical suspects emerge among the top-ranked smart city administrations.

London tops the bill for smart city governments, with Singapore, Seoul, New York, Helsinki, Montréal, Boston, and Melbourne in tow. That said, by all accounts, Singapore was the first that managed to become a smart nation – due to it being a city-state – presenting itself as a sound model for others to follow. The city of around 5.4 million people pivoted to becoming a smart city due to the need to be efficient with such a high-density population.

Over in the United States, a country that many would have likely tipped to be a leader in smart cities, the process is somewhat slow. Cities are certainly attempting to apply new technologies to relieve issues like traffic congestion and to meet green targets, but the national government committed a mere $160 million from 2016 to 2021 to support smart city plans. In contrast, in 2015 India offered up $7.4 billion for smart city development.

Instead, the focus appears to be on the underlying technology first in the US. The North American nation and China at least triple the next highest spender in IoT, with Japan being that next top spender at $65.4 billion, according to 2019 data. The US also leads G20 countries by way of IoT development opportunities, with South Korea and UK just behind.

With so many of the richest nations in the world seeking to transform their biggest cities with IoT, it’s understandable that GCC countries would see this as the next necessary step. The UAE, Qatar, and Saudi Arabia – in particular – have rapidly developed their urban areas in an attempt to catch up to and exceed the rest of the developed world at breakneck speed. Now, their sights have turned to extravagant smart cities.

The Middle East famously has one of the highest internet penetration rates in the world, with Qatar even going as far as topping the global internet speeds index in 2021. While Iraq, the State of Palestine, Syria, and Yemen lag behind significantly, the UAE, Qatar, Saudi Arabia, Iran, Bahrain, and Kuwait all boast internet penetrations in excess of 90 per cent. The populations are also rapidly becoming digitally inclined.

Already, the vast majority of people in the UAE, Qatar, and Kuwait actively use social media regularly, even to the extent that those three nations are world leaders in this regard. While once blocked, now VoIP services have been able to become wildly popular, with Zoom and Skype leading the market. There’s also an increasingly high demand for online entertainment.

While sports streaming and mobile gaming are coming to the fore, the less demanding and more readily available platforms of online gambling continue to accrue players in the Middle East. Recognising the needs of the market, a site collating online gambling reviews for Arabic players was established. Now, would-be players can quickly find trusted sites that offer their services in local languages, such as Arabic and Persian,as well as all the necessary information required to get started.

This aspect of tailoring an online service to local languages is very important as, for the most part, the IoT hasn’t been crafted for the Middle East. So, nations of the region have taken it upon themselves to change this. Now, IoT revenues look set to eclipse $50 billion by 2025 in the Middle East and North Africa region, with over one-third of Middle Eastern companies already adopting IoT, according to reports.

It’d be easy to palm off these efforts as one-upmanship, but there’s far more logical reasoning behind Middle Eastern countries pouring money into IoT and smart city development: sustainability. The Middle East rose to prominence on oil, and now, seeing the changes coming far quicker than their client nations, the GCC is turning to smart cities as their efficiency solution. Already established or in development are The Line in Saudi Arabia, Masdar City in Abu Dhabi, and Lusail City in Qatar. The desire, drive, and funding are there for the Middle East to, once again, surge up the global rankings as it rapidly applies the IoT and smart city solutions.

Must Have Devices for a Smart Home in 2020

How Interior Design Renderings Are Changing the Real Estate Industry