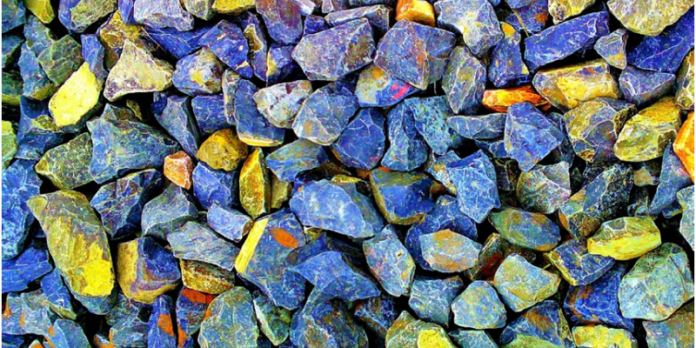 If you’re into masonry, stonework, or any other kind of construction, you are probably already familiar with limestone to some extent.  What makes it so special, though?  Why has it consistently remained such an important part of building throughout human history, back to the Egyptians and the Romans?

Well, as you can imagine, there are several reasons behind this.  I’ll be going over some of that today, but let’s start with what limestone is.  For any rocks that contain eighty percent or higher of either calcium or magnesium carbonate, the term is applied generally.  Some examples are marl, oolite, marble, or chalk.  There are further classifications that you can read about here: http://sedhc.es/biblioteca/actas/CIHC1_191_Van%20Balen%20K.pdf

Why Does it Matter?

You might be wondering why I’m discussing this, anyway.  I’m hardly a geology enthusiast.  Rather, I find that I like to know what goes into my buildings and concrete and I want to understand why those materials are used.  Limestone is a curious one, since it’s a word applied so liberally – I think we often forget that it’s general rather than specific.

If you look at the world around us, a surprising number of things are made of it.  Of course, it has its place in history, too.  Some of the first types of concrete were made with two types of these stones, and it changed the way many societies made theirs.

This type of stone is selected in a lot of applications because of the qualities it has to offer to the table.  Additionally, it can be both natural andsynthetic.  The identifiers are usually in regard to how much magnesium is in it.

Some of the uses are in plaster, mortar, flooring, mineral paint, blocks, concrete, or whitewash.  One of the more popular selections for the first three is type s hydrated lime, which is commonly utilized by many masons here in the United States.  Type S simply stands for “special,” as opposed to a Type N or “normal.”

The “special” comes from the fact that it is made from dolomitic lime.  This comes from special mountain ranges in Italy and Austria (the Alps – you’ve probably heard of them or even visited them).  It contains both magnesium carbonate and calcium carbonate.  Usually, it’s crushed to create a powdery quicklime.

Because that powder has a sandy texture, it can be hydrated when it is pressurized.  This is desirable due to the benefits it can have when it comes to construction projects.  Namely, it can end up saving you time.

How, though?  Well, the main thing is that because it has fine particles, it can be worked more easily.  So, when you’re using mortar or trying to spread it, you don’t have to worry about it setting too quickly or too slowly.  Think Goldilocks and the Three Bears – it will be just right.

There is a cycle to the production of limestone.  There are many studies about it, as you can find on this page, which are dedicated to understanding this cycle and how it can be influenced or preserved.  Interestingly, it has not changed much in the last centuries despite our technological advances.

Generally speaking, limestone is converted into something called quicklime.  This is done utilizing high temperatures, though heat being too intense could cause issues.  As with most parts of construction or stonework, a certain amount of precision is required.  So, a delicate hand will be best at something like this.

After this, it is converted to slaked lime via hydration.  Following that it will naturally return to calcium carbonate via carbonation, all parts of the cycle I’ve mentioned.  However, any of the compounds used and the conditions along the way do have a significant influence on what the end product will look like.

You see, if it is turned into something akin to a thick slurry-like substance, usually it is turned into mortar.  Depending on the speed of the slaking, several other chemical reactions could take place.  It can get quite complicated, and there is plenty we still don’t understand about it, but the most important thing to know is that the result will influence what the product is used for.

If there is one thing that I hope you take away from this article, it is that the answer is yes.  While it might not be an expensive material or be “worth” a lot of money, that doesn’t mean that it is not a critical part of many construction projects.

5 Real Estate Trends for Young Families in the Philippines

Choosing the right table for the center

A Guide on Lawn Signs for different types of Events