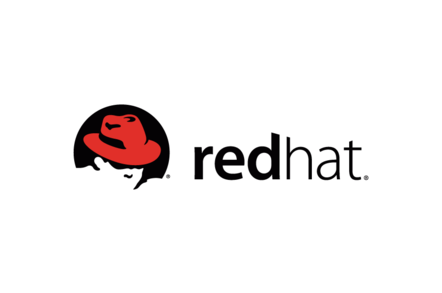 IBM’s acquisition of Red Hat raised a lot of attention. It also raised a lot of eyebrows. Those loyal to Red Hat and its projects may have immediately feared corporate imposition on an innovative culture. Meanwhile, those following IBM’s struggle to transition to cloud-based computing tempered their excitement with a healthy dose of skepticism wondering if the $34 billion price tag can really pay off. Now that some of the dust has settled, here are some key points to keep in mind as things progress to final execution anticipated for late 2019.

Both parties have stressed this point. Whenever a large corporation takes over an innovative company, people worry that stuffy corporate culture will squash creativity and fundamentally change the way it operates. IBM and Red Hat have insisted that this will not be the case. Red Hat will continue to operate as it has as an independent entity within IBM and with the same leadership.

To further illustrate the point above, both parties have stressed that current Red Hat open source projects like Gnome, Fedora, and CentOS will continue as they have up to now. IBM paid a steep price for Red Hat. It would make sense to retain the value that Red Hat created by letting it continue to operate as it has up to now.

IBM Has Long Been a Player in OIN

IBM was among the initial elements behind the Open Innovation Network. It has a history of supporting open source innovation, which should come as at least some comfort to those concerned about Red Hat’s place within IBM in the future.

Why the Deal Makes Sense for IBM

IBM has had a hard time adapting to the cloud revolution in information technology. It built a massive market share in the past by selling huge data storage devices that have become dated. IBM’s transition to cloud storage has left it third in the market to Amazon and Microsoft. By acquiring Red Hat, IBM gets a stronger foothold in the cloud market and also benefits from the innovative culture that Red Hat brings.

Why the Deal Makes Sense for Red Hat

On the other side of the deal, Red Hat benefits from IBM’s infrastructure. IBM has an enormous roster of corporate clients that it brings to the table, and now it can sell Red Hat’s services to those clients. IBM also brings a large internal infrastructure that can help fast-track Red Hat’s innovative ideas by scaling up more rapidly.

What is the Red Hat acquisition? IBM hopes it is an opportunity to leap ahead. There is no question that $34 billion is a huge price tag. A lot will have to go right for the deal to pay off. However, IBM was falling behind and having a hard time keeping up with the leaders in cloud computing. This is a gamble that IBM probably had to make. Whether they can avoid a fate similar to HP and Autonomy remains to be seen, but the two companies’ combination of infrastructure and innovation could make them a major force going forward. IBM produces far more profit currently than Red Hat but has had difficulty growing beyond that. Red Hat, meanwhile, has consistently produced strong growth. The combination of size and growth is something they will count on going forward.

IT professionals should expect their current experience with Red Hat to continue. They should also expect to see IBM assume a greater market share of the cloud market, which should help push further innovation among the competition.