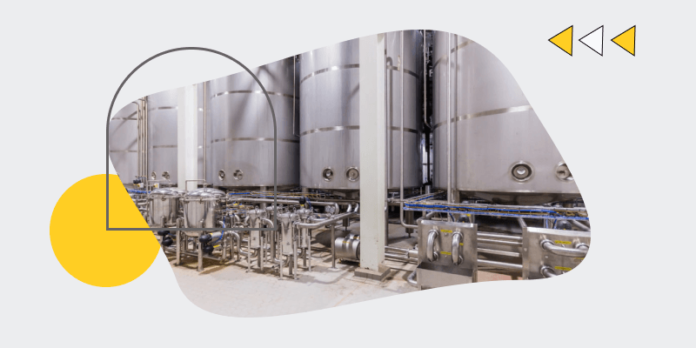 How familiar are you with the uses of starch? The confectionary industry relies on this carbohydrate for food product development, such as the production of jellybeans, pastilles, jellies, gummy bears, licorice, etc.

The information you find below will help you explore the topic of starch and special cookers.

This carbohydrate, along with its derivatives, has a wide range of uses, taking the role of gelling agents, thickening agents, glazing agents, sweeteners, molding agents, crystallization inhibitors, foam stabilizers, etc. In order for starch to have so many functions, it’s taken from various sources and subjected to different physical and chemical modifications.

The corn variant is most commonly used due to its inexpensiveness. Other sources include tapioca, potato, and rice. Starch is actually a reserve carbohydrate found in plants, occurring in the form of granules of various sizes and shapes, as these differ across plant sources. For instance, rice granules are at least three to a maximum of eight microns with a polygonal shape. Go to this site to discover more about the uses and nutritional value of tapioca.

In contrast, corn granules have a more rounded form and a larger size, between five and twenty-five microns. Tapioca granules are even larger, between five and thirty-five granules. The largest granules with an oval shape are at least fifteen to maximally 100 microns.

Moreover, the starch source is responsible for the amount of amylose and amylopectin. In solution, the former is low in viscosity, whereas the viscosity levels of the latter are higher. The content of amylose varies in different kinds of starches. For example, traditional corn starch has 28% of amylose, whereas the tapioca variant has only eighteen percent.

In addition, these products can be divided into two categories, unmodified and physically modified. The former group includes molding, dusting, and re-dried starches, used in the production of licorice, marshmallows, and candies. The latter group includes pregelatinized and granular instant starches.

Additionally, starch polymers might be hydrolyzed with enzymes and acids to produce dextrose, maltodextrins, and corn syrup. Check out this website, https://www.webmd.com/diet/what-is-maltodextrin#1, to find out more about maltodextrin. These ingredients are effective in the production of candy, especially corn syrup.

Apart from providing sweetness, corn syrup controls sugar crystallization and promotes the retention of moisture. In general, all of the ingredients provide viscosity control, control browning, and pose limitations to microbial spoilage. In jellies and gums, corn syrup accounts for at least 35 percent to a hundred percent of the sweetener.

The role of this carbohydrate as a gelling agent is worth the attention. It acquires the role of such an agent in both hard gums and jellies. High-amylose and thin-boiling starches are used for such applications. The former is sourced from hybrid corn and contains between 55 and 70 percent of amylose. The high amylose amount is responsible for providing gelling and film-forming properties, owing to amylose retro gradation.

When blended with the latter, high-amylose variantsreduce the drying time, which boosts the speed of the cooking process. Consequently, a firm gel is usually produced over a period of 48 to a maximum of 72 hours. Nevertheless, amylose levels are high, the length of the process is reduced to less than sixteen hours.

Hard gums require between twenty and thirty percent starch, which results in a tough structure that isn’t chewable. Conversely, soft jellies, such as gum drops, spearmint leaves, and orange slices, require a much lower amount of this carbohydrate, between nine and fourteen percent. Consequently, their texture will be soft and jelly-like. Cold-water swelling variants enable natural flavors and acids to be preserved, which improves the overall taste of jellies.

What about starch cookers?

These cookers refer to industrial devices used for chemical processes like grain ethanol production, wet milling, and other applications. There is a vast selection of starch cookers designed for food product development. They are created to improve the performance of standard steam eductors, steam spargers, and heat exchangers. When steam sparging is performed improperly, the outcome is a poor cook-out and insufficient temperature control.

The purpose of these machines is to eliminate such issues and optimize the cook-out process. The use of enzymes is reduced along with the consumption of steam and energy. Filtration is also improved, while rework is reduced. There are jet and continuous starch cookers. Jet cookers rely on direct steam injection, which modulates internal steam with a position plug. Consequently, the flow of steam is measured accurately.

Continuous cookers are an alternative to jet cookers, which require extra water for the end products to resemble those produced by the jet machines. The most popular features of these machines include low-pressure drop, low mechanical sheer, temperature control, and compact design. The processing power of these machines is a maximum of one pound of product a minute.

Moreover, the temperature goes up to 350 degrees Fahrenheit, while pressure reaches up to 120 psi. These cookers were built originally for processing high-amylose jellies, capable of handling any type of viscous material, which would traditionally be processed in a swept surface cooker. Besides being used for food product development, these cookers have other non-food industrial applications like building and paper materials, plastic processing, pulp manufacturing, desalination, biofuel, energy conservation, oil sands, etc.

These industrial devices have multiple uses in the manufacturing industry.

How Print Finishing in London Can Transform Restaurant Menus

4 Reasons To Use Dry Ice For Your Cold Storage Needs

How to get started in the Food Industry