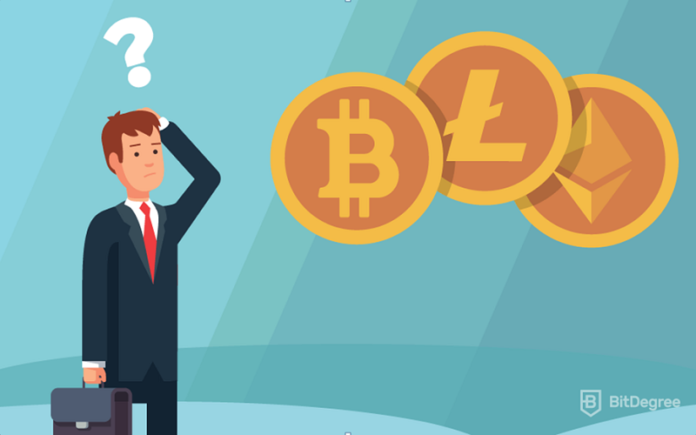 Cryptocurrencies have experienced a new surge during the last year or so. Businesses facilitate payment via these digital assets or embrace the blockchain technology that underpins Bitcoin and others, resulting in a windfall for some of the most popular cryptocurrencies. This is all part of a phenomenon dubbed Defi, or decentralized finance. Consider peer-to-peer networks that facilitate financial transactions in place of a centralized authority such as a central bank. Cryptocurrencies are on the minds of every investor. If you’re considering investing in Bitcoins, reconsider, as there are other cryptocurrencies on the market that have the potential to expand and earn you money. There are tons of digital currencies in the markets now. One of the examples of such currencies click here.

The original cryptocurrency remains king. Bitcoin (BTC) is held in a decentralized network using a digital record known as a blockchain. Anyone can participate in Bitcoin because it is an open-source cryptocurrency. Bitcoin has been the top trending currency for a long time now, and there seems to be no competitor of Bitcoin. It is one of the oldest cryptocurrencies globally and can literally be called the father of cryptocurrencies.

Bitcoin is based on the proof-of-work (PoW) principle, in which miners solve mathematical equations in exchange for a digital token. The PoW technique is used to safeguard the blockchain’s transaction history for Bitcoin. The most critical characteristic of Bitcoin is its hard cap. Prior halvings have also resulted in price hikes for Bitcoin. Bitcoin works as “digital gold” for safely transferring wealth in a world where the majority of things digital are easily duplicated and shared.

It’s more than just a cryptocurrency; the blockchain-based platform on which it runs was the first to introduce smart contracts, which enable developers to build applications on top of it. Ethereum has become the investor’s choice nowadays. It is gaining the interest of many people and has been giving a huge challenge to one of the strongest currencies, Bitcoin.

It is ranked tenth on our list of the top ten best cryptocurrencies to invest in for early retirement. Uniswap makes extensive use of the Ethereum blockchain network to facilitate cryptocurrency transactions between various types of digital money. These transactions take place on the Uniswap exchange using Uniswap coins. Hayden Adams founded the exchange just three years ago, and Uniswap is already one of the top five cryptocurrency exchanges globally in terms of the daily trading volume.

Began as an Ethereum-based currency before migrating to the Binance Chain network. It was the first cryptocurrency to do transactions exclusively with other cryptocurrencies rather than with fiat money. It is primarily used for crypto trading and fee payment on the Binance exchange, where it has become the native currency. Additionally, BNB charges less than changing fiat currency to cryptocurrencies.

To avoid a catastrophic collapse of values, Binance intends to burn half of its supply over time, reducing the total to 100 million tokens. The final fire happened in April 2021, destroying around 1.1 million BNB permanently. The market appears to appreciate what it sees in Binance Coin, which has increased by an astounding 1,800 percent over the last year. Prices may potentially double again in the immediate term.

The parent currency is distinguished by its capacity to process transactions faster. This also translates into additional benefits, such as a lower charge per transaction due to shorter wait periods. Additionally, the Bitcoin Cash network has a higher transaction rate per minute than the parent network. Cryptocurrencies such as Bitcoin Cash are mined using equipment produced by Canaan Inc. (NASDAQ: CAN), a Chinese company specializing in crypto mining microprocessing solutions. Canaan Inc. (NASDAQ: CAN) revealed recently that it had begun operating a cryptocurrency mining facility in Kazakhstan. Beijing is tightening down on cryptocurrency businesses in the country.