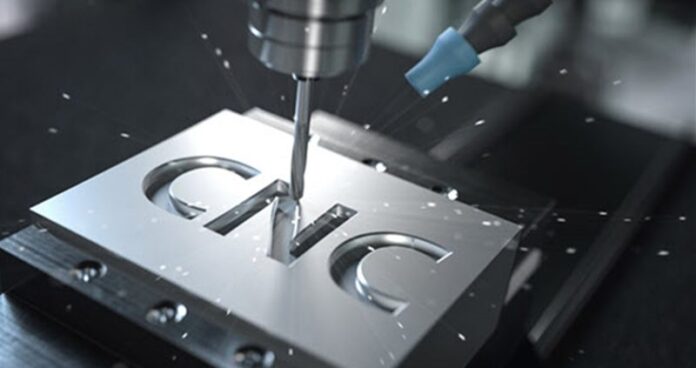 CNC machines promise a volley of advantages. From a low cost per unit production to high tolerances and precision – you name it, and CNC machines will deliver. However, have you ever wondered what are the different parts that work in the scene to facilitate its machining action and grant it this high degree of versatility? Let’s take a look at some of the essential CNC router parts that are present in almost all CNC machines regardless of their make and model.

The frame forms the primary structure of the router of any milling machine. It supports the machine and grants rigidity that resists the cutting forces. The size of the frame varies with the model; for instance, benchtop milling machines have smaller frames and are without stands, whereas larger CNC machines have bigger frames that are propped by a base or stand legs.

CNC router frames are typically made of aluminum extrusions. However, aluminum plates, steel weldments, and wood frames are not unheard of either. Usually, the nature of work determines the ideal frame suitable for the job.

As the name suggests, a table is a surface where the job is held while you cut and shape it. Typically, these would contain built-in features and facilities to hold the workload and even move it around. Given its composite nature, its build comprises several materials. The base material of the table could be aluminum, steel, or wood. MDF or foam is used for disposable tables, and these are accordingly named wasteboard or spoil board.

Other components of the table include:

The spindle is called the heart of a CNC machine, and rightly so. It is responsible for all the cutting and shaping of the input as well as delivering the finished end product. As such, the quality and capabilities of the spindle are directly correlated to the functioning of your CNC machine.

CNC machines for hobbyists, or low-end machines, may contain a simple slot for holding third-party spindles that can be mounted on the frame. However, CNC machines built for professionals often have either an automatic tool changer (ATC) or a variable frequency drive (VFD). The former improves productivity and efficiency as the router changes tools on its own. And so, ATC is also suitable for machining complex parts. On the other hand, VFD matches the power to the load, which means that the motor will fire up when the spindle needs higher RPMs, and vice versa. VFD boosts machining and power efficiency while also increasing the machine’s lifespan.

CNC machines typically move along the three X, Y, and Z axes to complete a project. The mechanism that facilitates this movement is called ways. Two axes are present on either side of the frame to allow the spindle to move across the entire table. A third axis allows the spindle to move back and forth and up and down.

Some of the most common CNC router ways include:

The router moves along multiple axes, so each requires a motor to power this movement. These motors should also communicate and collaborate with each other for planar movements. And here’s where axis drives enter the picture. Axis drives typically make use of servo or stepper motors. The former is often a superior choice because it does not have to be reset to zero, increasing its precision. However, on the downside, servo motors are a lot more expensive. As for the axis drive itself, you can choose between belt drive, rack, pinion drive, and ball-screw drive – each of these having their respective pros and cons.

Finally, everything boils down to the CNC controller, which is the brain of the router. It makes use of all mechanisms and triggers all machining actions to cut and shape the material.