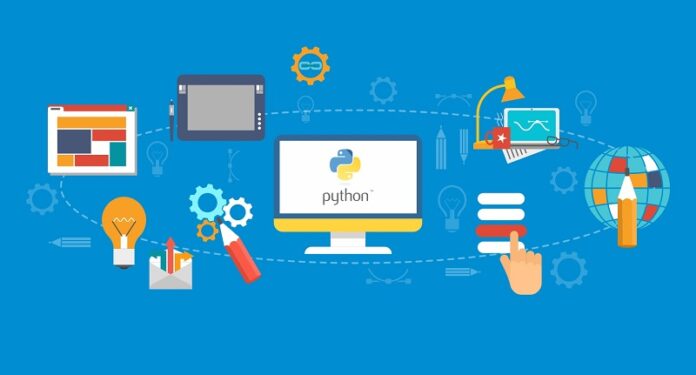 One of the most versatile programming languages around, Python has gained a cult following in the past five years. Believe it or not, Python has overtaken Java to become the world’s most widely used coding language. But hold your horses, will you? Can you use Python for web design?

If there’s a language that’s increasingly becoming popular in web design frameworks, it’s Python. With powerful and abundant libraries, coupled with easy-to-learn syntax, Python is ideal for a variety of web design applications, both simple and complex. Read on to find out why Python can help developers create very successful websites.

Why Use Python for Web Design?

Here are some arguments in support of using Python for building, creating and maintaining highly functional websites:

Python has a library for everything imaginable. Whether you need beautiful plots on your website, or machine learning capabilities in your web app, the language has tons of secret weapons for web design. Python’s most popular web design frameworks include Django, Flask, TurboGears, TensorFlow, Matplotlib, SQLAlchemy, and Web2Py.

These frameworks contain packages and modules that help you speed up your web design and development tasks. You can use them in various application areas, such as URL routing, HTTP requests, responses, and accessing the database. Two of the most commonly used web design frameworks for Python are Django and Flask.

Let’s discuss briefly how these work in practice:

Django is a Python-based web design framework for developing secure and scalable websites. Developers can use it to build almost any type of website while avoiding common security pitfalls like putting user accounts and passwords in cookies where they’re vulnerable. It’s compatible with MySQL, Oracle SQL, PostgreSQL, and other renowned databases.

Additionally, Django can support any client-side framework. Meaning it can deliver content in whichever format you choose, including HTML, JSON, RSS feeds, XML, etc. The framework follows the model-view-template architecture in organizing the code.

Flask is a back-end web framework written in the Python language. It’s widely considered as Django’s alternative framework for web development. Flask contains libraries, tools and technologies that assist you in building a web application. It has a small and easy-to-extend core, and doesn’t include an Object Relational Manager, or ORM.

There are only two key components in Flask. These include the Jinja 2 template engine for building HTML templates, and the Werkzeug WSGI toolkit that provides HTTP routing support. Flask emphasizes simplicity, which means developers can create applications with minimal boilerplate code.

Python Is Mature and Scalable

Python has been around for nearly 30 years. That means the technology is mature, secure and scalable. You don’t need to reinvent the wheel or get creative when using Python for web design purposes. If you get stuck, you can easily find solutions from Python’s large community of web developers.

Meanwhile, Python has been so hot in the tech scene because it’s scalable. The language is adaptable in terms of different approaches. Plus, it has an abundance of libraries full of pre-written codes and readily available resources where you can learn basics such as Python list, comments and strings.

Python Has a Low Barrier to Entry

Python is arguably the easiest programming language to learn. In fact, it looks like it was designed for newbie developers. The language has a lower barrier to entry because it’s relatively short and uses common expressions and whitespace.

The simplicity of its syntax means newbie coders can build significantly more functions with fewer lines of code than they would using other programming languages like Java or C++. What’s more, Python has good readability and novices can easily write understandable code.

Python Integrates With Other Languages

All these are instances showing that Python is flexible when it comes to web design. You can build up around previous structures as is the requirement in web design applications. As such, it makes it possible to run Python in different scenarios.

In a nutshell, Python is an extremely powerful programming language for web design and development. It’s a must-have tool in every programmer’s repertoire, thanks to its straightforward syntax and built-in frameworks. You can easily mold Python’s Django and Flash frameworks into almost any kind of web application.

Still skeptical about using Python for web design? You don’t need to, because Python is already powering some of the world’s most popular sites!