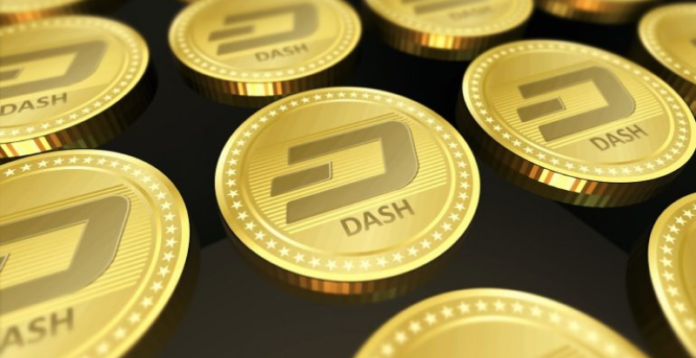 Xcoin or XCO burst onto the cryptocurrency arena on January 18, 2014! Soon enough, it acquired a new name – Darkcoin. Yet, this name did not remain for long, either. Today, crypto enthusiasts identify it as using Bitcoin. The name has been in vogue, since March 2015.

An Introduction to DASH

DASH entered the world of virtual currencies, to help day-to-day transactions to go through. The digital currency that came into play, could be in the form of PayPal, cash, or credit card. The project is an open-source one, keen to keep up with decentralized payment networks. It also wanted to promise its users, privacy, and anonymity, while conducting business deals/monetary transactions.

This has been the company’s ambition, since its launch. It bore fruit in 2018, when the company entered a country that was economically disturbed, Venezuela. It was because the CEO of DASH, Ryan Taylor, believed that the country’s survival depended upon cryptocurrencies. Citizens would be able to conduct transactions quickly and inexpensively, thanks to DASH and Bitcoin. It is necessary, for hyperinflation and terrible civil unrest, have rendered Venezuela’s Bolivar (local currency), virtually valueless. Fortunately, the citizens are familiar with DASH, for the number of users have increased significantly over the years.

DASH is under the governance of masternodes. Masternodes refer to a subset of DASH’s users. This subset operates the platform. Every masternode possesses a starting stake. This stake is equivalent to 1,000 DASH in the systems.

Another thing that the company has taken up, is research. It has provided funds for a blockchain research lab, going into partnership with ASU (Arizona State University). The research focuses on ways to enhance education, speed up development, and accelerate research, such that blockchain networks improve in various ways. These ways, include security, transaction speed, expansion of use cases, and efficiency.

Differences Between DASH and Bitcoin

To begin with, the algorithms that come into play for mining coins, is different for both. Bitcoin opts for the proof-of-work (PoW) algorithm. DASH prefers a modification of the proof-of-stake (PoS) algorithm. Therefore, it goes for the XII algorithm. Similarly, its keenness to enhance privacy on the blockchain, prompts it to use CoinJoin mixing. This enables scrambling of transactions.

Bitcoin publishes every transaction on its blockchain. DASH, on the other hand, uses technology, which ensures anonymity and liquidity of cash. This technology is InstantSend and PrivateSend. The network of masternodes takes over the functions. This network takes control of the system, by taking votes on decisions that come to the fore. The decisions form a direct part of DASH’s protocol.

Both coins utilize different systems for tackling monetary transactions. Regarding Bitcoin, it is very insistent that every transaction the blockchain must undergo validation. Furthermore, every node on the network must validate it. Now, the design of this process is such that consensus may come through, even in the absence of authority.

Therefore, the infrastructure requires significant investment. It is essential for full nodes. Full nodes refer to the nodes that are engaged in mining. Here, miners taking charge of full nodes, must promise to spend increasing amounts of money and time on the mining process. Only then, can they bring about optimal operations.

However, Bitcoin’s network is undergoing increased scaling. Therefore, the process is becoming increasingly difficult to tackle. Furthermore, it is rather time-consuming and slow. Therefore, clogging (memory pool is filled with a backlog of transactions.) has become a regular feature. With no option left, Bitcoin must charge heavily for its monetary operations. Naturally, investors shy away from using Bitcoin for their business deals.

Masternodes ensure that monetary transactions are easily verified and validated. Since every masternode has 1,000 DASH in the system, it permits users to make payments for services. It also allows them to gain returns on their investments.

Then again, the number of nodes is a manageable number, just sufficient to successfully approve of a monetary transaction. This ensures healthy scalability. Looking for a secure Crypto trading platform check Bitcoin smart.