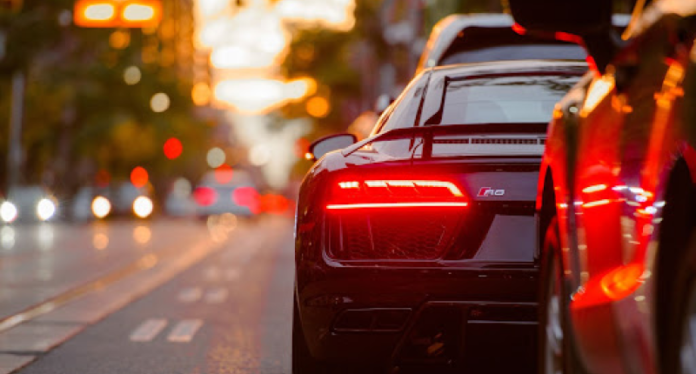 Buying our first car has been our dream since we were kids. And there are always different tips and tricks that people tell you to look for when buying a car. We seek expert advice, ask people for recommendations, and watch dozens of review videos.

However, a ton of car-buying myths coming from different mouths can confuse you. People may say electric vehicles are less efficient than ones that use fuel. There are some that will tell you a second-hand is way better than a new one.

It is frustrating, we know. Different opinions on cars can confuse you. So, we are going to discuss some myths and debunk them.

Manual transmission cars have always had this better gas mileage than automatic cars. This myth had rooted in the earlier times when automatic cars were a new entry in the automotive industry. However, it’s very different today as automatic transmissions have become smarter.

Features like CVT (continuously variable transmission) in automated cars provide a range of gear ratios for gas consumption. Whereas manuals lack it, and it’s a major point in automated vehicles’ favor.

An example is the 2022 Toyota Corolla Cross, a hybrid with auto functionalities. Such cars have a good gas mileage and offer better fuel economy. They are a good option if you’re looking for a good mileage car.

The oil change is one of the main maintenance concerns for car owners. They are always worried about whether they change the oil within 5,000 miles as quick-lube chains recommend, 7,500 as per auto manufacturers, or 10,000 miles according to different synthetic oil companies.

Coming to an oil change in 5,000 miles of travel is another myth on our list. If we take an example of a 2022 Toyota Corolla cross, the oil change recommendation goes for 5,000 miles. So, it’s not all a myth but a specification of an auto model that you are using. Some car models even go beyond 10,000 without an oil change.

It will help if you don’t push your vehicles because old engine oils don’t lubricate them due to grime. Check the manual of your car and decide accordingly.

Every car owner is very sensitive about their engine’s health. Why is that so? It’s because a car’s oil fuels your vehicle’s life. Owners prefer using a premium gas with a high octane percentage, around 91 to 93. Mechanics advise not using premium gas for regular engines.

Premium gases are expensive and offer a better life, but they are useless for a regular engine. It can get counterproductive and challenge your engine’s health. High octane gases cover 20 to 50 cents per liter compared to traditional gas, tempting car owners. However, it’s good to make a wise decision depending on your car.

If you want to buy or own a used Toyota SUV or any pre-owned car, then know that these cars need more gas than usual models. They are efficient in gas consumption, so you should never use regular gas to save bucks.

Hybrid vehicles have become more famous recently as they align manual and electrical engines. Many people believe that hybrid cars are slow, some of them are, but it’s not restricted to all models. If we talk about the 2022 Toyota Corolla Cross as a hybrid car, it’s not as fast but not a dealbreaker.

Since many people are used to manual vehicles, they enjoy a good fuel efficiency time which hybrid vehicles may lack. Hybrid propulsion systems make flexible power demands that help with fuel efficiency. A hybrid motor uses electrical and mechanical engines that provide a broader operational capability.

So, it’s a clear and age-old myth that all hybrid cars are slower in speed. You can invest in a hybrid vehicle without worrying about its speed. The speed can be a little slow, but it’s not a dealbreaker for sure.

5. The Fuel Gets Dense in Mornings

Many car owners believe that car engines don’t work well enough in winter due to the cold temperature. In such weather, they set their cars to idle so the engine can warm up. It’s the opposite. An idling vehicle is not always running at full power, so it doesn’t warm up that well. A car only warms up until you move it.

Idling your car before leaving the house is a gas wastage because some parts like wheel bearings don’t warm up. An idling car slows down the moving parts that hinder a smooth transmission. You will also have to run for short monthly maintenance periods, adding up to costs.

Also, many people fill their tanks at night as the gas dense up in the morning. This is mainly due to saving gas, but it’s a myth. The temperature hardly affects the density, and the gas comes out at normal density.

A mainstream idea among non-technical people is that smaller cars are safer than SUVs (sports utility vehicles). They are good for traffic and easy for small families. However, an SUV is becoming a very common choice these days. They are bigger and more versatile, so people prefer them today for road trips.

Examples are Honda, Jaguar, Kia Sportage, Range Rover, Ford Kuga, and 2022 Toyota Tundra double cab. You can transport luggage and loads with an SUV and save up costs. They also lower the chance of accidents, but you must also take precautions. Certain SUVs are now coming with hybrid and all-electric engines for fuel efficiency.

SUVs also have high powering engines with a strong pulling force so you can tow the cars when in need. They are robust vehicles to rely on bumpy roads and rainy days.