Home Apps How to build a billion-dollar app? 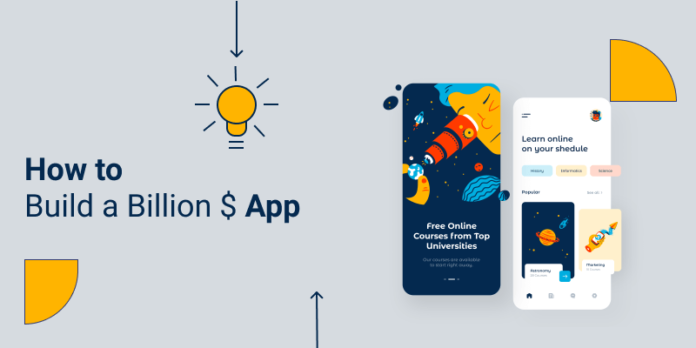 In this decade of generation, technology has touched the sky with the help of innovative technology; this generation of technology has its complexities. In today’s modern times, there is an app in demand. An app is essential software downloaded to your device, which provides you with an essential service. And this is the reason that today along with the demand for apps, outsource app development service is also in demand.

Many entrepreneurs understood the importance of outsourcing mobile app development services and developed attractive apps to grow their businesses, and those apps are included in the billion-dollar app category today. The idea of ​​creating your app can prove to be successful for you. Statista predicts that there may be 350 billion app downloads by 2023, about 180% more than in 2017, clearly showing a huge market and opportunity for the app business.

A new start-up is about innovative products, business models, and markets. They either launch a product that no one has used before or they offer a new business model that has never been tested. Most people consider innovation to be synonymous with invention. So entrepreneurs have emphasized start up through outsourced app development service along with innovation.­­­­­­­­­­­

Start with a Real Problem

Contrary to popular belief, the best apps in the market are not centeredon the latest and greatest technologies. Another way to solve problems is to browse websites like Product hunt and Indie Hackers. Here, producers and founders publish their newly created products and projects daily, each attempting to solve a particular problem. Find issues that you may be able to solve with an app during your daily commuting and going.

Share Your App Ideas with People Close to You

Share your app ideas with friends and family. Share some of your app ideas literally with someone willing to listen to you. It would be great to share them with strangers who would not be afraid to criticize them either. We rely on our minds for many of our daily decisions and actions. Our brains often try to make information processing easier, which creates cognitive biases in our decisions and thinking. You need to be able to narrow down at least one product that usually seems feasible.

For a million-dollar app, you have to come up with a million-dollar app idea. At first, you might think that this idea should revolve around the current needs of the market. The market changes every month and trends keep evolving. You have to make long-term plans. Something that you are sure others have not thought about for a long time.

The first thing that should be on your mind is that your success should be certain, not instantaneous. Million-dollar app ideas just don’t pop up. They require a detailed study of human, social, and market needs. The invention you plan should be something that will remain useful in the future until a more direct solution is made.

Now generally, an app that makes millions can be of three basic types; Gaming app, tool app, or social media app. These three are very difficult to design and execute, and it is more difficult for them to gather an audience. However, with the right marketing strategy and resources, you can take your app to the next level.

Your app should aim for a variety of ages. Initially, only a few people will know about your app, so create something according to the age factor. You will find users of different ages.

Is it time to hire a team to develop your million-dollar app? You may be able to raise a few million dollars and create products that work behind a hypothetical idea. It is more prudent to quickly roll out a minimally viable product (MVP), and get some feedback on an earlier basis. A viewer who has a tendency to forgive deficiencies and is likely to give you more valuable feedback.

You should pay attention to small details and be determined no matter what people say. Success does not come overnight. Million-dollar app ideas require a million-dollar plan. Modify your project with your partners. Do not hesitate to spend money. Another great thing is that you have to face failure. Keep errors out of your plan and try again.

Ways to Monetise Your App

Other companies will pay you to place their ads on your app. However, apps with pop-up ads are considered a bit unprofessional. If you have chosen to build a gaming app, you can consider giving the player the option of watching ad videos to get some stuff.

Make your app worth the money. It will be one-time only. Such apps are cheap, usually with a price of less than $ 10. Even if half a million people buy it, whether they like it or not, you are going to make a nice sum of cash. However, for such apps, a lot of money will be spent on the upgrading and maintenance of the app.

In-app shopping is the most common way of earning money by the mobile gaming app industry as a pioneer for the world. While the native app is free to use, some features require you to pay to gain access to them. Today’s youth are accustomed to various mobile games.They like these games so much that they are willing to shop for further progress in them.

Here is the list of Million Dollar App Ideas:

How to Build a Billion Dollar App?

The demographics differ greatly. In terms of market share, Android apps are far ahead of iOS. Despite Apple’s new, attractive range of iPhones and iPads, people seem to be turning to Android instead. If you want to reach a larger audience, Android is probably the way to go. When your app targets the tech enthusiast market, Android users are by nature more “technical”.

Furthermore, if you want to target emerging markets such as Asia or South America, Android will also be a better option due to its low-cost smartphone options, which make them more affordable and therefore more attractive.

On the flip side, if you want to monetize your app – using a demonetization model such as an in-app purchase or subscription – then iOS may be the way to go. In addition, iOS app development cycles are smaller than Android.

We look at our phones 150 – 200 times in a day, mobile start-ups have great value where we spend time, messaging, voice calls, music play, gaming, and social media and this is where the opportunities are. You have to do something normal and make it better; you have to do it differently. In 2017, the number of apps in the Google Play Store and Apple App Store was around five million. Coming up with a good idea is the first step in a journey, which will surely be exciting beyond your wildest dreams. 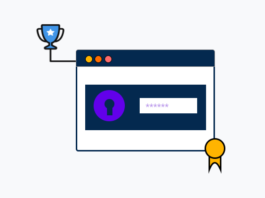 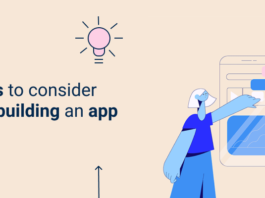 Things to Consider When Building an App – An Expert’s Take 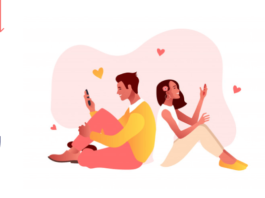 How Can I Date Online Vividly?

ABOUT US
Proche is an Indian English language technology news publication that specializes in electronics, IoT, automation, hyperloop, artificial intelligence, smart cities, and blockchain technology. Proche media was founded in Jan 2018 by Proche Media, an American media house. We invite all industry experts, PR agencies, research agencies, and companies to contribute their write-ups, articles, blogs and press release to our publication. We will ensure your content reaches the right audience in the masses. We have a worldwide readership on our website and followers on our Twitter handle. Come together, help us and let us help you to reach you to your audience.
Contact us: editor@theproche.com
FOLLOW US
© All rights reserved to Proche Media.