VoIP technology has made advanced calling services cheaper and more accessible. VoIP calling is not limited to computers or phones. There is not just one but three different ways to make VoIP calls. Every way of making calls has a different set of implications and requirements. These ways are differentiated with what you have on every communicating side.

Computer to Computer (or mobile to mobile)

The term computer includes all the digital devices that run on any operating system and use the internet such as desktops, laptops, tablets and smartphones. This is the most common method of Voice over IP calling since it’s free and easy. You just need a computer and internet along with the required hardware to listen and talk (speakers, microphone or headsets). You can also download software like Skype, one of the most popular VoIP communication medium, and you are set to make calls.

This way of calling obviously works if you have a correspondent who is also using a mobile or computer. They have to be connected at the same time. This can happen with the internet and on a LAN (Local Area Network). The network just has to be IP-enabled, i.e. the IP should run and control the packet transmits on your network. This way, you are able to talk to someone else on the same network. Whether you cal through the internet or a LAN, you must have sufficient bandwidth. If you need around 50 kbps then it will work, however, you might not have great quality. If you want good quality then you need at least 100 kbps for a decent conversation.

The phone includes any traditional analogue phone. Also, it includes cell phones. This way of making calls is quite handy. However, it’s not as cheap or simple to set up as the other two. For this, you need a phone set on both ends to communicate. Therefore, you can utilise VoIP and take benefit of its low cost. There are two ways to use phones for making VoIP phone calls.

Analogue Telephone Adapter (ATA) is a device which allows you to connect a PSTN (Packet-Switched Telephone Network) phone to your computer or to the internet directly. The ATA converts voice signals from a regular phone to digital data packet which are ready to be sent over the internet or any network. If you register for VoIP phone services, it’s common to have an ATA bundled with the service package that you can return whenever you terminate the package. For instance, with Vonage, you get an ATA in a package. This way, you just need to plug the ATA to your phone line or computer, install the required software and you are set to use your phone with VoIP.

An IP phone is just like a regular phone. The only difference is that rather than working on the regular Packet-Switched Telephone Network, it’s connected to a router or a gateway, a device that does the mechanisms necessary to get the VoIP phone running. Therefore, IP phones do not connect to the RJ-11 socket. It uses the RJ-45 plug that is the one used for wired LAN. If you don’t know what an RJ-11 plug then look at your regular phone or the dial-up modem. It’s the plug which connects the wire to the modem or phone. The RJ-45 is the same but bigger. Of course, you can utilise wireless technologies like a Wi-Fi connection to connect to a network. In such a case, you can either use an RJ-45 or USB for connection.

Computer to Phone and Vice-Versa

Now that you have understood how you can use your computer, IP phones and smartphones for making VoIP phone calls, it’s easier to figure out that you can call a person from your computer to a PSTN phone. Also, you can use your PSTN phone to call somebody on their computer. You can have a mixture of VoIP users, through computers and phones to communicate over the same network. However, the software and hardware are heavier in this case.

With VoIP, you can make and receive phone calls from a Smartphone app. There are several apps available for iOS and Android systems. You can make free internet calls with these apps or some of them offer subscriptions as well for advanced calling features. But with VoIP, you will never miss a call which is guaranteed. 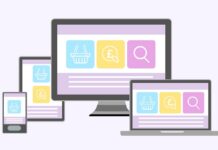 Responsive Web Design: Why It Is Important And More

Have Your PDF Files Email Ready with GogoPDF 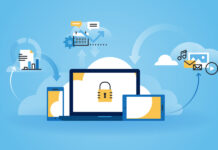 Master the Art of Anticipation in Animation With This Quick Tip

AI in PlayStation Games: 3 Amazing Improvements to Watch Out For