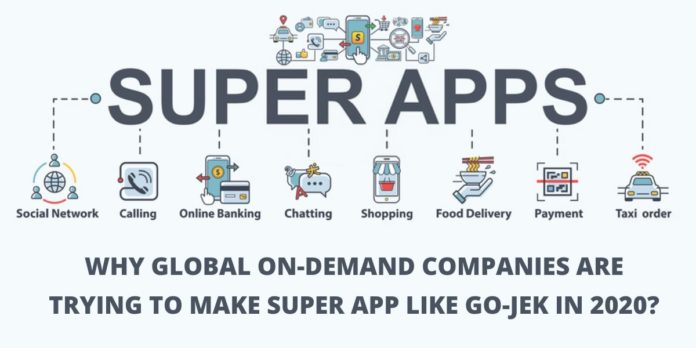 China has always been known for its power to replicate any innovation. However, they have managed to keep away from the tag of creating first copies in the field of app development. There are a lot of indigenous Chinese applications that have created a market on their own. Some of them have even gone to the extent of redefining the market dynamics in terms of user bases, acquisition and the variety of services they provide.

One of the first apps that comes to everyone’s mind when we think about China and mobile phone applications is WeChat. It was started way back in 2011 and as the name implies, it was intended to be a simple chat engine facilitating communication and media sharing between two users or within the group. However, today, WeChat is an agglomeration of various micro applications that integrates seamlessly within the grand ecosystem. Super apps are being developed to provide multiple services such as taxi booking, food ordering, online banking, social networking, chatting, shopping, payment etc.

Such applications that provide multiple utilities within themselves are aptly called super applications or super apps in short. The super apps provide a lot of advantages compared to downloading separate apps for every utility.

The first and foremost advantage brought about by super apps is the optimisation and the massive saving it comes to marketing costs. When you introduce a new utility within your app, you do not have to spend precious time and money in acquiring new users. Instead, it is all about pushing an update over the air, and you have a set of customers already.

Another passive advantage brought about by super apps is the richness and accuracy of data. This data can come in handy for targeted advertising and other promotions. Instead of just relying on one stream of data that arises from a single app, you can combine data from multiple apps to create a more refined and defined set of audience for your products and services.

The greatest advantage brought about by super applications for the business owner is the reversal of dependency for addition of new utilities. It is no longer required by the super application company to create many apps that will seamlessly integrate with the larger super app ecosystem. To capitalise on the user base of the super app, a lot of small software companies develop apps exclusively for this purpose. All that the super app company needs to do is acquire these companies and integrate the utility into the super app.

WeChat and Alipay – the Chinese twins

Earlier, we had seen a glimpse of WeChat and how it slowly evolved from being a simple chat tool into a complex super app offering more than 500,000 services and utilities. When WeChat was least expecting, there arose another competitor right within China. It was an effort from the largest e-commerce company in the world. Alibaba had introduced its own wing of payment tools under the name Alipay. Alipay presented people with an option of more than 200,000 mini programs and most of them were in the domain of finance and money. However, augmenting this were programs associated with schooling, entertainment, buying and food delivery.

Although we are looking at two applications that have found a parallel mention when it comes to market dominance of super apps, their approach was totally different. WeChat started as a simple chat platform where people could communicate and they started to use that information and the premise to introduce other applications that will create a complete ecosystem of multiple mini programs. Asparagus on the other hand, was started with a heavy backing from Alibaba. When they started, it was a simple e-commerce website and asparagus provided people with a payment gateway option.

This brings us to 2 schools of conclusions. On one hand, the context of conversation is important to profile people into different buckets. At the same time, we will also need to take into consideration the payment profiles and their monetary history. Both these parameters will play a major role in crafting super app ecosystems and it has been followed by quite a lots of players who have never missed out on including payment gateways as a part of their system.

A simple example would be Paytm in India. When it started, it was a simple mobile recharge platform. Today, they offer UPI transactions, ticketing, flight and bus booking, and even an e-commerce engine right within itself.

What about the West?

It has been observed that although a lot of innovations come from the silicon valley in the field of mobile hardware and software, it does not contribute much to super app development. There are a lot of deterrents that keep away the well-known technology giants from exploring this territory. Some of them include the stringent privacy laws and the regulatory requirements.

This however, does not mean that super apps are confined just to China. There are a lot of super apps that have been born and developed outside China. Grab in Singapore which started as a transportation app has no explode in the territory of online payments. It launched its first service GrabPay in 2018 and has also forayed into the territory of food delivery with GrabFood. In the Latin America, there is a new kid Rappi engrossed in digitising the payment and delivery ecosystem in such a crowded market place. Developing a super app requires much more effort and technical expertise.

In all of this, it should not be forgotten that there have been a few attempts – some futile – by silicon valley companies. For example, Uber launched its own food supply and delivery system. It also tried to get into courier delivery and a few other services which miserably failed. Even in India, UberEats has been acquired by its rival Zomato. 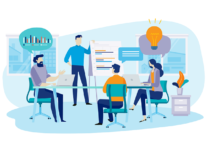 Online vs. On-site Software Training: Factors to Consider During Onboarding 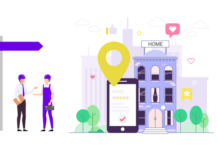 Features that differentiate Real Estate Websites from Other Websites 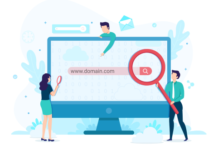 Things to Consider When Buying a Domain