The innovators are working on voice recognition technology which will work as animal identification (ID) detection system. Imagine how cool it will be if you can understand what your rabbit feeling inside the indoor rabbit hutch.An animal voice pattern recognition algorithm has been developed which will soon be very helpful in identifying different animals. This will not just help the conservation biologists but will also help common people learn new things about the animal kingdom. Here’s how the technology is all set to change our understanding of the animal kingdom.

Understanding of animal behavior and population assessment are two important elements of conservation biology. Field biologists have to face many difficulties while conducting such studies. Some of the challenges faced by them include:

The animals have to be caught for marking and tagging, which is not just invasive but also involves lots of risks for both animals and researchers. That’s why the need for a non-invasive technology was felt.

Acoustic analysis based technology – A new frontier in conservation biology

All the species that are capable of producing sounds possess unique acoustic patterns that differ significantly from individual to individual, thus following a common structure typical of the species. Acoustic analysis methodis a technology that identifies individuals or species emitting vocalizations based on these structural patterns.

The technology has been around since 1997, when Acoustic Location Systems were first developed by McGregor at al. But several limitations were faced by the field biologists at that time, like:

Today, the technology has progressed by leaps and bound and it is now possible for today’s devices to have all these features. These devices can localize and track the movements of animals that generate sounds and are now currently called – Automatic Acoustic Survey Systems (AASS).

These smart devices are capable of performing the two main tasks of:

Till now, AASS have been used mostly to identify marine mammals. The identification systems for terrestrial animals are rather uncommon.

How to these systems work?

Today, the scientists can easily set up networks of miniature recording devices in forests, fields or even on cliff faces to gather large amounts of data, which is important for the working of these identification systems. These systems can automatically detect and recognize animals, birds or insects. With machine learning, statistical analysis, and the enormous data collected by modern devices, the biologists will eventually have a much greater understanding of the animal kingdom, their behavioral patterns, their habitats and even their interactions with each other and humans.

Using advanced machine learning algorithms with the ability to focus on specific sounds while ignoring other noises, the  likelihood of predicting the correct result can be greatly improved.

Studying animals in their natural habitats with minimal interference will have many advantages for the researchers and conservationists. Some of the benefits will be:

Using Automatic Acoustics Survey Systems, machine learning and data analysis tools the innovators are developing concrete applications with an acoustic platform that will help in estimation of biodiversity of the fauna in different types of environments.

Progress made so far

By studying these sounds and using pattern recognition, the scientists are able to understand the behavior of marine animals in their natural habitat and their response to climate change.

There are some challenges to overcome

Despite significant progress in sensor network systems and source localization theory, further development of Automatic Acoustics Survey Systems has been greatly marred by the absence of integrated platforms suitable for monitoring wild animals. Therefore, now the emphasis must be laid on developing fully integrated hardware and software systems that are strong enough tobe deployed in all kind of environments. They should also need to be user-friendly enough to help the biologists with little or no technical expertise. 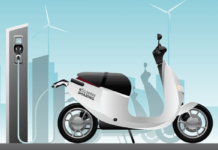 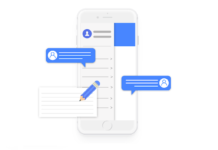 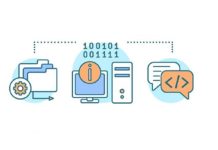 Tips to Identify a Hardware Problem in Modern Computer

How 5G Will Enhance the Online Gambling Industry