Technology is moving at a high speed and its giving people power at home and in workplaces. Artificial intelligence is one of the most fascinating concepts of science. From 1990s, researchers have been working hard to make it a reality. Currently, AI is advanced, thanks to the recent breakthroughs that use neural networks, which are similar to real neurons processes.

These machines have deep learning, which enables them to perform sophisticated tasks such as recognizing a face and credit cards. This is one sign that soon, AI is soon going to be integrated in our lives. Below are some of the ways, this will affects people’s lives.

A Virtual Assistant for Everyone

In future, anyone who can afford ALs will have a virtual assistant. As a personal assistance, the AI will keep learning and becoming smarter. So you find the AI will know when you are home and can do tasks such as getting grocery from the store. The future AIs are expected to be better and quick learners and therefore making things a little easy for everyone including those living alone.

Today, robots are already being used to carry out some hazardous jobs.  They are still not robots and are more of drones still under development. They need to be controlled by human beings for them to carry out different tasks. However, they have helped to save many lives and as technology improves, AI integration will help the machines function excellently.

There are also other jobs that AIs will be doing such as welding because it produces intense heat and toxins. The noise is ear splitting and robots would do the job perfectly.

There are already self driving cars, but they are not yet perfect and require a driver to ensure safety. The developments are not faultless and are still in progress. It will take more time for automated cars to be accepted and be used widely. In 2012, Google started testing an automated car, which is self-driven, but it’s still at level one. This is according to definition released by the US Department of Transportation. But, this does not rule out self-driven vehicles in future.

Who would not want a friend who has no demands and is always there for you? In Japan, they have a robot named Pepper and it has feelings. It was created in 2014 and put on sale by 2015. More than 1,000 units were sold in less than a minute. This AI is created with ability to read the emotions of a human being and respond in a comforting way. In 2016, the robot went on sale in USA and it is expected that more sophisticated and smarter robots will follow. In future, no one will have to worry about finding genuine friends; this robot may be the best solution.

Though no one is 100% sure about what the future will be for the AIs; there is a huge possibility that these machines will impact people’s daily lives. The interaction between humans and robots will bring change and influence the future in an exciting way 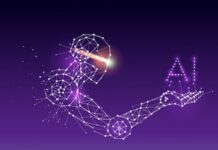 The Federal Government and Artificial Intelligence 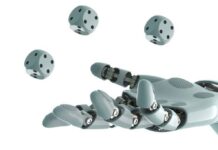 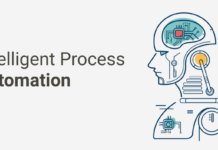 An Overarching View Regarding On Intelligent Process Automation?

These 8 Tips Will Make Learning A Fun Thing For Kids

The Challenges and Aspects of Wearable PCB Design – PCBgogo

Kids Mobile GPS Location App to protect them from Danger