Artificial intelligence is that field of computer science which deals with the creation of intelligent machines. At least this is what John McCarthy, one who coined the term in 1956, had to say. However, the studies on this subject began way before the name came out.

The center point of the foundation of the branch was that machines could imitate a property of humans; intelligence. And so far, the focus has been the same.

The initial phase of artificial intelligence was full of oppositions and setbacks. However, this has been the case with almost everything. People do take time to get used to advancement.

However, we are discussing it today. This means that the field survived all those obstacles, and has come a long way. And, today, we can see its applications in pretty much every area.

In fact, some of the prominent faces, Elon Musk, Mark Zuckerberg, from the technological field have addressed us about the advantages and disadvantages of artificial intelligence.

Now that it is so crucial let us have a brief look at the applications of artificial intelligence techniques in Electrical and Electronics engineering.

To begin with, we’ll focus on its applications in the field of electrical engineering. See how artificial intelligence has changed and been changing the way the engineering works.

In power systems, there are quite a lot of areas where an expert system is necessary. This expert system is the one which can perform tasks like decision making, solving problems by reasoning, archiving knowledge. It is because sometimes, a lot of data has to be processed in a very short duration.

Expert systems are nothing but computer programs. And to write codes for these programs is more comfortable than to estimate and calculate the magnitude of parameters like generation, transmission, and distribution.

Also, making modifications to the code after the design is easier because they are just some computer programs.

The two critical elements of artificial intelligence namely Artificial Neural Networks and Expert Systems can be used to enhance the performance of transmission lines. Typically, the transmission lines use fault detectors to sense the fault. The sensors then feed it to the fuzzy systems for further diagnosis and evaluation.

However, with the use of expert systems, which are nothing but computer programs, the value of offline parameters gets more efficient. These are then deployed as output. The best thing is that performance optimization is done by changing the number of hidden layers, and the number of neurons in these layers.

AI in electrical engineering is concerned primarily with the power systems. And a genetic algorithm is a search method in AI used to find solutions to search problems.

Some of the applications of genetic algorithm in power systems include:

Besides all these, there has been a prime issue in the industry. It is called the ‘Optimal Power Flow.’ It is concerned with the control and planning in power systems. Genetic algorithms work in three steps:

They decide the placement position of capacitors and wind turbines. Also work on the routing of network feeders.

It is used in the coordination of hydro-thermal plants, scheduling the maintenance of the plant, minimizing the overall loss and management of load.

Filter design, reduction in harmonic distortion, load flow, and frequency control are the parameters that genetic algorithms work on.

They are based on the principle of survival of fittest, which means that the fittest person in the population survives the most. In simple words, the best among all the proposed constraints is selected.

If we look at the scope and applications of AI, there’s no limit. Almost every major industry today is using it for one or the other purpose. Since it is based on computer programs, computing is the first industry that employs AI for so many tasks.

The introduction of computers was the first step in transforming the field of financial trading. Then came AI into force, which is the second major transformation for the finance industry.

With its application, the traders can now crunch millions and millions of data points in a blink of an eye. With AI, traders can capture information that no other statistical model could. Also, all this happens in real-time.

Although it seems to be more of a financial than electronic, it is about electronic trading. So, this can be said that one industry uses a product of another industry to achieve its goals.

Some people confuse these two as the same thing. The reality is that robotics in itself is a broad field. And AI is one of the players there, especially when the term ‘intelligent’ comes to the surface. Ever since it came into existence, AI has always been challenged by the robotics to deal with the real objects.

The point here is; AI is used to answer some vital questions like:

In simple words, AI contributes to every single component that is being used in robotics. It includes sensors, computers, actuators, motors, and pretty much every component.

In a nutshell, the purpose of artificial intelligence is to design the machines that can think like humans. However, something that we must all understand is that it is not meant to replace humans, but to improve their productivity. Its goal is to create the robots that can interact with humans, and not replace them at their workstation.

The conclusion of this article is that Artificial Intelligence has brought a number of positive changes to these two fields of engineering. Power generation and transmission have become more economical and ecological with its application in the industry.

Besides electrical and electronics engineering, artificial intelligence is in pretty much every field. Some of the industries that use it more than others are Aviation, Healthcare, Education, and many more. Amped Electrical is an electrical contractor that focuses on delivering a high level service and expertise in all areas of electrical work. 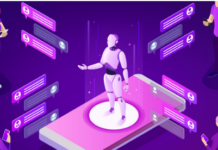 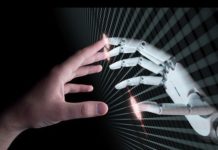 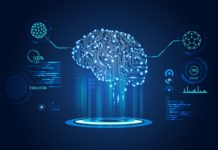 The Advantages of Acquiring a Big Data Certification