More than 2.5 million years ago our earth’s climatic conditions are fluctuating. Mostly the transformation occurs from the region of ice ages to warmer periods. Here the problem is that in the previous generation the temperature of the planet has raised more than its limits or expectations by the researchers. Changes are between Fahrenheit are only in points but it gives more heat to live in the world. At that time scientists found that the main reasons for the rise in earth temperature are people’s activity. This process is known as the global warming of the earth. In this context, we can see energy effects on environment. This cause is due to uncountable factories and toxic substances that they spread out without any safety precaution and plenty of vehicles and their smog.

Nowadays in every area, we could see smog-like carbon dioxide and other gases in open space. By this activity, most of the people are affected for example respiration for people, impure drinking water, and also the future atmosphere.

By noting down future atmosphere, the formation of global warming are only in recent days, not more than a hundred years ago and if the same issues continue then future generation people will be affected more. By following some important things we can able to change this situation and make our earth pure which will not affect the future too.

What are the important precautions that can be taken to avoid global warming?

Every time earth will be absorbing energy that is released from the sun. And some of the energy will be trapped by causing greenhouse gases that denotes carbon dioxide, methane, and also nitrous oxide in the earth’s atmosphere. As we cannot stop this global warming sooner sure it would take more time because without the use of fossil fuels people cannot able to live inside their homes. Every home needs fossil fuels to run the motor and other electronic devices. So small motors require the lesser release of fossil gas, but when it comes to larger motors needs enough energy to operate in that case it will release a large amount of gas like a power plant.

In upcoming years we can expect some advanced technologies to avoid gas and air pollution because half of the air pollution is due to the vehicle’s smog. So to avoid this problem there are electrical cars which will not produce any gas while travelling from one point to another point. Another important precautions are due to global warming is the melting of ice in the arctic region. So when the ice in the Arctic Oceanside got melted then the sea level will increase double than it is. Threatening the extinction of arctic animals like walrus’s seals and polar bear-like animals, which are tragedies because these causes are more adorable? Then if the affection in ozone increases people should bear direct sun rays on their body which causes skin diseases after facing open sunlight for two to three days. From now after 100 years if the increase in Fahrenheit maintains then we should be ready to face eleven degrees Fahrenheit in most areas. 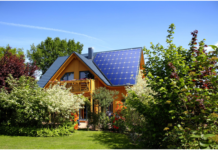 Why You Need A Solar Home System

What Is the Real Difference Between TFT vs. IPS Displays?

Must Have Devices for a Smart Home in 2020

Robotics Companies in India to Watch