Every day, we never missed a chance to use electricity. But what will happen if one day we will run out of electrical energy. Where and how can we utilize electrical power again?

There are ways from which we acquire electrical energy. We can utilize it by converting chemical, potential, nuclear, and kinetic energy into electricity. Due to innovations and research, there are other sources of energy that can be used and are way cheaper, safer, and are even environmentally friendly.

The first is solar energy. Who doesn’t see and experience the light coming from the sun? In our everyday life, we never missed the chance of seeing the sun. It does not need to be replaced to utilize energy again. But how can we use this type of power? Is it ready to use already or do we still have a lot of processes to use this type of energy?

This energy, which comes from the sun, can be converted into solar power. It is by far the cheapest and most abundant because its system harnesses the sun’s energy and makes it convert it into a usable one. The most popular way of gathering this type of power is by the use of solar panels. These cells are made of semiconductor materials (such as those in the solar panels). As the sunlight hits these solar panels, that is the time that it becomes activated. Later on, the solar cells will start absorbing sunlight. As soon as it becomes activated, it starts to energize the cell and make loose of the electrons in their atom. As these electrons begin to move, an electrical current is being created.

Solar energy, aside from being the most abundant, is a renewable energy source, and you can harvest it anywhere – home, school, hospital, etc. The energy that comes from the sun does not only generate electricity. It provides us light and the heat that we always need in our everyday living. It is also considered as being the primary source of other forms of energy.

Installing solar power in Las Vegas needs a huge budget. You may apply to get access to the government’s tax incentives to lessen the cost. Also, you may try to take solar loans with zero down payments to avoid shelling out cash upfront. Still, if you will consider its long-term benefits, you will understand that you can get your investment back within three to five years and save lots from there.

Did you know that we can get energy from the wind too? The wind comes from the atmospheric changes in temperature and pressure. This phenomenon makes the air move around the earth’s surface. However, this process is triggered by the sun, which makes wind energy in a way form of solar power. How can we utilize wind energy?

A wind turbine is used in capturing the wind. The wind turbine has a part that is called a rotor. This part is attached to a tall tower because winds are stronger at a higher level from the ground. There is also less tendency of having instability or buffeting effects. The wind makes the rotor spin, and this makes the blades of the rotor drive a generator creating energy. Kinetic energy is produced when there is a movement of the blades. After generating power, it is then converted into electricity by the stator. This part of wind turbines is a magnet that moves past the stationary coils. An alternating current is then produced once the magnets pass the stator. After that, the alternating current is then converted into direct current electricity.

Wind energy is also a form of power that can be for long-term use in the future. One turbine is enough to generate energy for a household. What is good about wind energy is that it is environmentally friendly. There is no need for fossil fuels. Also, greenhouse gases or radioactive or toxic waste materials are not needed when generating this kind of energy. At this present time, it is the cheapest among the large-scale alternative renewable sources of power in the market.

However, before setting up for this kind of energy, you must consider the location. To those who are living in suburban residential places, the best option would still be solar panels since it will be quite challenging to yield stronger winds in those places.

Coal is a fossil fuel, which came from plants. These plants get the energy that is coming from the sun. The process of converting coal into electricity involves multiple steps. In obtaining coal, you need to dig it up with the use of big machines. This process is what we call surface mining. After that, it gets pulverized into a fine powder then the powder will be mixed with hot air. The mixture will be moved to the furnace. The burning coal creates fumes followed by spinning it into a turbine. It will then power a generator that turns mechanical energy into electrical energy. The condenser will cool the steam and then condensed it back into the water then the cycle begins again.

Inexpensive electricity like coal helps in lowering the operating costs both for business and homeowners.

Coal energy produces a carbon footprint, which is harmful to the environment. It significantly contributes to air pollution worldwide.

There are other sources of energy that we can get from. The said sources of energy are just some of them. In choosing which source of power we would like to generate, we must consider some things such as the location and the amount of energy needed. If you live in the countryside wherein there is a field with open-air, then wind power might be useful. If you live in a city like suburban places, a solar source would still be the best option. Coal energy is still the most common source of electricity around the country. However, its mining operations are quite hazardous.

Nevertheless, of the three sources, your best decision would be to go for solar power. Remember, this place is one of the sunniest locations there is in America. Still, no matter what kind of energy source we would like to yield, all of them must be used and consumed in moderation. 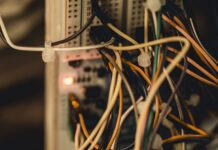 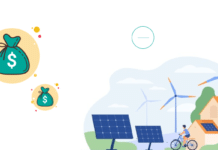 How to Generate Extra Income With Solar Panels on Your Roof Everything You Should Know About Skylight Frame

What is 3D Printing? A Detailed Guide