Ration cards have been an age-old parameter of particular class identification as well as a legal document which has been used for subsidized grain and food supplies. In recent times the way of working has been changed in almost all the government fields. Everything has been turning up into the electronic mode or the online mode of working. Earlier the ration cards were supposed to be a paper booklet but nowadays there’s an alternative available to this situation which is the E- Ration card. They are a great way to protect the environment from the paper waste and the plastic paste that it caused. Taking into consideration the natural crisis Earth is facing these steps are very crucial for everyone. Not to be forgotten the additional benefits it includes are that it is easy to carry and there’s the absolute minimum amount of maintenance.

There are numerous benefits because of which the E ration cards are promoted more in recent times over the paper booklet. These can be enlisted as follows:

1. The major benefit for the government is that there is a reduced amount of redundancy by use of the ration cards. This is because of the fact that the digital ration card have to be scanned online for the ration giving process. This will automatically make a virtual record of the person and reduce lots of labour and time. This is a very efficient method to go about with whole ration distribution process.

2. Another benefit is undoubtedly the duplicability of the ration card. The ration card is digital can be tough to be duplicated like the paperback. This will, in turn, reduce the chances of fraud and ensure more authentic distribution of the ration.

3. The fact that ration card in this digital form are not easily spoiled or destroyed by water, fire and so on. This ensures a long term period of a ration card working and validity. This is a positive point as repeating the process of getting a new ration card was tedious and labour for the government.

The process of tracking an E ration card after the application is being registered:

Every state has a different process of registering and tracking the ration card as it comes under the state government. The process for tracking a ration card in Delhi is explained below:

• The first step is to visit the official website of the Delhi government which is www.fs.delhigovt.nic.in

• After getting to the next step there is an option available known as citizen corner. In this corner the option of “ track the food security application” is visible, click on that.

•  The aadhaar number of any family member has to be entered in the column provided.

• The next step asks for the number of new ration card and the old ration card number as well.

• The ration card can be tracked by a number issued known as the Reference number or the other name is the NFS ID for the application.

• There is this direct way to track the status without going through all the long process and following so many steps. This can be done by directly going to the web page of the tracking status. This is reached by http://nfs.delhi.gov.in/Citizen/ViewApplicationStatus.asp 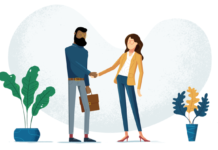 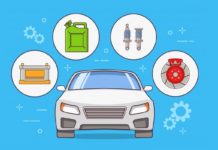 How to Get Curbside Pickup Auto Parts 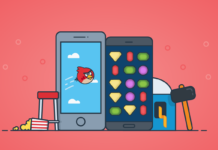 How to Find a Reliable Flexible Circuit Board Manufacturer | WELLPCB