One of the most portable languages available at a developer’s disposal, java helps in developing a highly distributed web application. It can even help in making a desktop application or mobile application. A talented developer is all it takes to build a more than efficient application.

Java is an object-oriented programming language which has a simple object model, derived from C and C++. That is why Java will have a bright future in India, with an impressive salary package.

Here is the detailed analysis of Java Developer Job Description

Skills Required To Be A Java Programmer

Scope And Salary Of JavaDeveloper/Programmer

The technical knowledge that a java developer inculcates is highly in demand. There are immense opportunities present for a java programmer. A number of IT Companies are looking for professionals who are efficient in managing multiple projects in J2EE. In fact, technologies are the highest paying services in the industry.

The average annual salary of a java developer is around INR 3,91,797. However, experience is a major factor that can alter the figure of your salary in this profession. Java language has become one of the most in-demand languages for the market. As a result, even the salary of java professionals is becoming very lucrative in India.

Why Is Java In Demand?

Java was introduced in the year 1995. And since then, the importance of the language has only risen above.

In India, big and successful companies like Wipro, IBM Global Services, Cognizant, HCL, Tata and many other multinationals have job opportunities for java developers. Java developers contribute in all the phases of the cycle of development. Almost all companies need java developers to design, developing and ultimately delivering high-quality applications. The applications need to be of high-volume as well as of low-latency.

Java developers are the most sought-after talents in the industry of technology. If you have the skills, knowledge, talent and proper practice, the opportunities in the field of this career are endless.

Sumedha is a Content Developer at Receptix. She is a Post Graduate in English and has the penchant for creating a variety of content that is attention-grabbing. She develops real-world content that can certainly elevate the strategic stance of an organization. Skilled in writing detailed articles about the what’s and if’s of the corporate world and finding 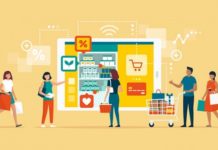 Crucial Things to Consider When Looking for Ecommerce Suppliers 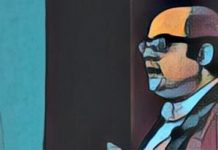 Impact of Covid-19 on the Business – Quote By Arpit Chhabra

Are You Looking To Contract Out Your Wireless Expense Management? We Give You 10 Reasons...

Cloud Vs VPS Hosting: What To Choose?