Montreal is the largest city in the province of Quebec. As of 2019, there were more than 4.1 million residents here, making it the second-largest municipality in Canada in terms of population.

With its historic buildings and architecture, famous bagels, Montreal is also unique for having the largest French-speaking population outside of France. Like most modern cities, residents are also hooked on social media.

Small businesses with little online presence hesitate to take the next step by allocating a budget for social media marketing. And it is understandable, especially if your resources are already stretched thin on salaries and overhead alone.

So, if you are hiring a social media agency in Montreal, how much money should you raise?

First, you need to know the average spending rate for companies so that you can benchmark your own budgets.

A study by the Content Factory revealed that companies, on average, allocate between $200 and $300 each day for social media marketing. Every year, however, companies have increased their spending budget on a social media agency in Montreal, which shows how invaluable digital marketing is to their bottom lines.

Rule of Thumb When Budgeting

The Business Development Bank of Canada has recommended that you set aside from five to ten percent of your revenues on B2C marketing. For B2B marketing, the budget should be around two to five percent.

Based on their research, small Canadian companies budget around $30,000 a year for their marketing budget. The amount translates to around $82 per day. For mid-sized employees, the budget doubles to $160 per day.

How Much Does Each Social Media Platform Cost?

There is no fixed amount that tells you whether or not you are already overspending on your social media marketing budget.

On average, you will be spending about:

With a meager budget, however, you can still hire a social media agency in Montreal to handle your digital marketing needs.

They will help you come up with a marketing strategy to hit your goals. After all, you do not jump into the fray without a clear plan.

What is the end game? Do you want to expand your reach? Boost brand value? Build a relationship with your customers? Influence buying decision? Each one has a different strategy and budget cost.

In the same vein, the professionals you hire do not simply cram a marketing template down your throat. They have to study every aspect of your business to narrow down the message you need to impart to your target audience. For instance, if you have a small budget, you cannot expect to reach out to everyone. So, you have to prioritize. You should focus on the leads with the highest chances of conversion. In this way, you can make some money, which will then be circulated to increase your social media marketing budget. 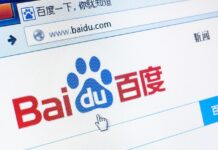 How to Grow Your Digital Business with Baidu SEO 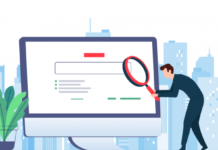 The Importance of SEO For Attorneys

Impact of IoT on Manufacturing