By Jailbreaking your iOs device, you can download different types of apps from any website on the internet (pirated, of course). This basically means that you will be able to download & use all 3rd party apps that are not available in the App Store. It can be cracked games, apps, etc.

Is it safe to jailbreak my iPhone?

Jailbreaking is not an illegal activity and you should not be afraid to receive a fine or something. However, there are other dangers that you could get in after the iPhone Jailbreak. Here are a few reasons why you should consider and keep your iPhone stock:

– Stability issues and lag. You have to understand that even a small change in your default iOs can do a huge impact on the phone’s performance. You can easily ruin your new iPhone 11 performance after the jailbreak, even if you don’t use any 3rd party apps.

– The warranty is not valid anymore. If you modify the default software of your iOs device, the mobile network carrier or Apple will not take any action to help you. This is against their policies, as you changed phone’s factory settings with unofficial modifications.

– No more privacy. Usually, you will be downloading cool games and apps from unverified and random sites. This usually means that you will receive something “extra” when downloading a desired app or game. There are no specific ways on how you could avoid that, so we just wanted to let you know the risk and decide by yourself. Not even a VPN tunnel or antivirus app will be able to help you from various data leaks.

– Data theft and leak scandals. As mentioned in our last paragraph, there is a huge risk of data theft. Last and the most known data breach was back in 2015, which resulted in the theft of more than 200k jailbreaked Apple accounts. Lots of Apple accounts were stolen, however, users could’ve only blame themselves.

Although the term “jailbreak” sounds illegal, it isn’t! Jailbreaking in the US became legal 7 years ago back in 2012.  Library of Congress made an exception to the Digital Millennium Copyright Act and allowed users to jailbreak their iPhones. Interesting fact – this law was only approved for iPhones at first, but after a few months, you were also able to jailbreak your iPad legally. The same stands for the UK and other countries – by jailbreaking your iPhone, you are not committing a crime. However, you can forget about warranty and other Apple perks the same second your iPhone is “cracked”.

Should you jailbreak your iPhone?

If you are privacy and security orientated iOs user, we suggest not to touch your iPhone’s factory settings. However, if the decision was already made and you are enjoying pirated apps, here are a few steps that you should do in order to stay secure: 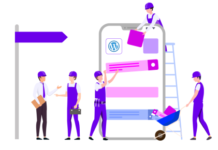 Benefits of WordPress Site and How to Make it Load Faster 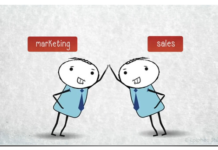 How To Improve Your Digital Marketing Strategies 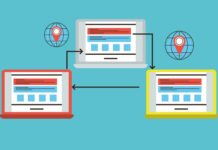 Questions about KVM Switches You Need to Know

Cloud Bursting: Facts You Should Know Before You Go for It