Ever asked your what initiates movement in a robot? Well, a movement in robotics is achieved through programming. In this article, you will learn of various ways to program a robot. The most common method of programming is the tech method, used in over 85% of the industrial robots in the world today. Here are other options available.

This method allows the robot operator to easily move each link in a negative or positive direction. In most robots, each joint is identified by letters S meaning Swing, L meaning Lower, U meaning Upper, R meaning Rotate, B meaning Bend and T meaning Twist.

The joint based movement method, therefore, depends on these joints to initiate movements.

In Robots.net with Base X, Y Z, the Tool Center Point automatically calculates the amount of time to make a rotation of each joint to allow the operator move the robot relative to the X, Y, Z coordinate system. This kind of system is anchored on the right-hand rule which involves the programmer knowing the orientation to the robot relative to the frame of operation. You ought to note that with this system, the signs (+ or -) indicate the point’s direction in relation to each axis and that two varying points will never have the same coordinates.

This is a collaborative method that enables intuitive pendant free programming and positioning of the robot.

This method capitalizes on built-in torque sensors to enable a programmer to physically direct robot movement providing a user-friendly environment for operators. It also allows operators to recover faster from robot errors making it easy to get back on track.

When hand-guiding, robot operators can restrict the motion of robots to best suit their preferences. Hand- guiding method allows a programmer to pick from several motion types namely;

i) All Joints
This allows the user to rotate all of the six joints freely by pushing any link of the robot. The all-joints option is ideal for those of us that want to perform dramatic robot position changes.

ii) Tool Joints
Under this option, the user is able to reorient the tool by rotating any of the robot’s last three links. This helps the user to avoid causing any unattended motion in situations where only small reorienting motions are needed.

This is the most popular motion types for hand-guided robots. This method enables the operator to not only move the tool in linearly along XYZ but also rotate it. This is the best option for those who want to keep the robot from inadvertently tilting from side to side.

This is a robot programming method that uses a 3D representation of a robot work cell demonstrating how a robot can move along a long programmed pathway. Offline Programming method is often used for coordinating the interaction between multiple robots and workpiece petitioners.

Those of us the manufacturing industry that can’t afford to interrupt the production process can also benefit from MotoSim, a powerful Offline Programming software. This software enables operator training, optimization from a desktop computer in location across the world and robot programming allowing operators to have the power to create and adjust robotic programs before they are applied in the factory. It is a flexible style of programming that enables a higher mix of jobs with just a simple transition from one job to the next. Larger companies with several branches across the world may reduce programming time and inconsistencies with this method. 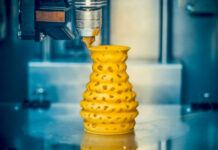 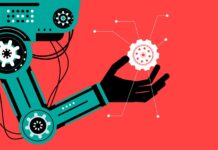 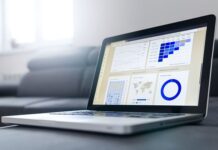 The Application of CNC Machining