When doing a Facebook post or a tweet, have you asked yourself should I really be writing so much? We often question the length of our posts and whether they have the number of words or if they are too long. Many our questions have been answered with ‘it depends with what you’re posting about’, but should this be determining factor? Well, in this article, you will get to know the right among of words for your tweets, Facebook posts, emails, and even headings.

Who can you trust to guide you on the ideal length of a tweet? How about Twitter itself? Twitter gives us the basic guidelines on the number of words a tweet should have by limiting characters for a single tweet. Twitter has limited the number of characters to 250 per tweet. There isn’t really a perfect fit length for a tweet but a recent study done by Buddy Media revealed that Tweets shorter than 150 characters get a 20% higher engagement rate.

This research confirms what Track Social, a social research company discovered when they researched about the same. Track Social discovered that the perfect tweet length should be around 100 characters. Their analysis shows an increase in engagement on Tweets with 100-150 characters. This length enables you to pass across your message in details and still give you a chance to add commentary as well.

100 characters might seem too short for a Facebook post, but 100 is the number Jeff Bullas found to be the most effective in his research on retail brands on Facebook. He analyzed the engagement rate on posts with less than 100 characters and discovered that the short posts received 88 percent higher engagement compared to others. To help you ensure the optimal engagement of your posts, we recommend that you stay within the character count limit and use an online character counter to help you keep track of the characters and words you use. Different studies also confirm that shorter posts perform best on Facebook. A study by BlitzLocal which analyzed more than 110 billion Facebook impressions found that performance tailed off as posts grew longer. Their research found advantages to posts between 90 and 120 characters.

The ideal length of a headline is 6 words.

How much do well read headlines of articles before you clicked them? According to a study by KissMetrics, you might not have read it at all!
Bnonn, a headline expert for KissMetrics says we don’t only look for the body content of an article but we also scan headlines. This means we tend to only absorb the first three and last words of a headline. So if you want to maximize the chances of it being read, you have to shorten your headline to 6 words.

You gotta agree that six-word headlines are rare and actually hard to write! But if you can’t make cutting it down to six words, you can adjust accordingly and keep it relatively short.

When coming up with content that performs best for a website, you should focus more on the attention but not the number of clicks. So how long can a reader stick with an article? In that connection, an ideal blog article would be one that people read without giving up in the middle of it. Research says an ideal blog post should have around 1600 words and seven minutes longer to read.

SerplQ, a research company examined the aspect of ideal post length from an SEO point of view. They analyzed the top 10 results on Google search results pages and counted the number of using Wordcounttool.com in each article. It was found that most articles had a word count of 1500-2000 words, making them precise and straight to the point. 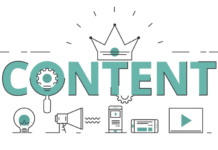 How to make your Content Marketing Strategy to review your performance? 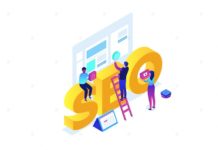 6 Digital Marketing Tips That Can Help Boost Your Business 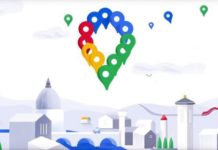 A New Feature of Google Map for Users

The Best New Technology Advancements to Advance Your Business

Get Your Data Back With Best Data Recovery Software