Internet, of all things, has taken the world by storm and according to predictions, there will be around 30 billion connected devices in the year 2020. This means that some or all of your home appliances like TV, AC, refrigerator, etc. might have the capability to be controlled by you remotely. Though IoT applications offer a host of advantages which will surely cause a disruption in technology as we know it, it comes with a fresh set of challenges, which need to be addressed in order to make it work effectively.

All IoT enabled devices to contain sensors that transmit and receive data, actuators which physically control the device. IoT OS based firmware typically contains a small OS based installation of the IoT applications and Wifi communication, which enables the data to be sent and received via the internet router to the internet.

Below are the types of attacks which can be launched on the system:

1. Scan and Takeover: If the authentication and authorization of the IoT application are weak, with poor password protection and poor encryptions due to limited hardware resources to run complex algorithms, the hacker can enter the system, control and take over the system.

2. Distributed DOS (Denial of service): If the request traffic sent to the IoT application is so huge that the system cannot handle it, the target host goes down and is not responsive or functional.

If the device is connected to the internet, it is comparatively easier for the attack to happen from multiple sources and the hacker can easily bring the system down.

3. Spam attack: If the grandma IP is connected to the net, IP addresses can easily send malware attacks to the IoT application if there is no security.

4. Message interception using spyware: As many IoT applications have low resources, it might not be possible to enable encrypted communication over the network layer using TLS or other security mechanisms. This compromises the system, as spyware can read the data sent and manipulate it as per its requirement.

5. Injection attacks: All web applications, including IoT, are susceptible to this form of attack which adds an additional request to the existing one which causes the system to become compromised. SQL and XML are a few forms of injection attacks.

6. Vulnerable 3pp libraries: Some 3pps which have been hacked into before show that if it enters the application via system updates, it can completely compromise and take over the system. Only secure 3pps must be used and continuous monitoring of the updates must happen.

Though very serious, the above attacks can be prevented by following standard operating steps and procedures to ensure that the vulnerabilities in the IOT application are identified and minimized and constant monitoring of the system can be done in order to ensure that it is working as expected as several systems which are compromised, continue to remain so, as the user and the system administrator is unaware that the system has been hacked.

In this age of IoT, the above attacks can easily cripple the system and even the entire IoT network if steps are not taken to protect and maintain the system. IoT applications and devices are often deployed in complex, uncontrolled and hostile areas and must, therefore, make provisions to tackle the below security challenges:

1. Managing Updates to the device and the installed IoT application: Updating the IoT application with security patches regularly must be enabled so that the system protection is up to date. The data of the system must be protected across all areas of confidentiality, availability, and integrity. This must be ensured across all surfaces i.e device, network, application and sensor tier. If the device is connected to the cloud, then the communication must be secured.

2. Secure communication: Chatter between devices must be secured via TLS or other protocols to ensure that the systems are not compromised.

3. Monitor and detect: Run constant scans and ensure audit logs are written and monitored for attack entries. Other preventive mechanisms must also be in place to avoid attacks.

4. Authentication and Authorization: Password protection is a must for IoTapplications and they must be strong to avoid the system from being compromised by a brute force attack.

6. Data integrity: Data protection is a must for secure systems and care must be taken for the same in the IoT domain as well. All sensitive data must be encrypted during transmission and storage.

7. Secure control applications: Applications accessing the IoT applications must be fully secure in order to prevent the client IoT system from being compromised.

To conclude, securing locations is of paramount importance as they are mission critical and bringing them down can result in serious repercussions in real life. The security challenge must be managed, monitored and avoided.

Hypori’s Top Mobile Device Cybersecurity Safety Trends to Watch in 2021: What Employers and Employees Need to Know to Stay Safe. How Can I Know My Children’s Text Messages 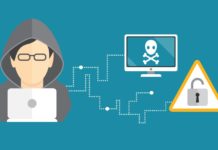 9 Unbelievably Cool Tech Gadgets That Are Worth Investing in 2019

Introduction to AWS and cloud computing

How Accountants can Stay Productive with Cloud Accounting Solution?

How Technology Eased the Life of Ballet Dancers