Bitmain has announced plans to manufacture a new Antminer with a 7nm (nanometer) Chip. For most of us who purchase electronic devices, like laptops, smartphones, and gaming hardware. We buy these devices turn them on and use them. The majority of users don’t have any idea of the technology behind the graphics we see, or how the processing power and speed of its functions are achieved. Most elite electronic devices being used now have a 10nm chip at its core. Devices that are launched with a 7nm chip will give its proud owners the ability to hold greased lightning in the palms their hands. These devices will usher in a new era of processing power and functionality.

Simply put Bitmain’s cryptocurrency mining hardware will be much more efficient with 7nm chips powering them. The nanometer (1 billionth of a meter) measurement describes the amount of space between the transistors on a computer chip. If the distance between the transistors can be reduced from 10 nanometers, the current standard, to 7 nanometers, chip makers can squeeze more processing power onto each piece of silicone. The result will enable the chip to function more efficiently than its 10nm predecessor.

To give you some idea of how that will relate to our smart devices, picture this. Smart-electronics manufacturers will now be able to practically double the amount of processing power in the area of space needed for 10nm chips, or achieve that same amount of computing power it used with 10nm chips in about half of that space. There is also an increase in energy efficiency as well. The combination of less space and more processing power requires less energy.

Bitmain’s announcement couldn’t have come at a better time. Days before Bitmain’s proposed US $2 billion IPO, Bitewei, a company created by a former Bitmain employee, announced and has released a crypto miner with a 7nm chip capable of calculating 33 trillion hashes per second (33 Th/s). This device is faster and uses less power than Bitmain’s best device currently available, which can only calculate 18 Th/s. With a $2 billion dollar deal on the line, Bitmain’s announcement can hopefully assure investors they can handle the competition.

The specifications of Bitmain’s new antminer have not yet been made known publicly. Investors interested in participating in the upcoming IPO eagerly wait for that information to become available. Bitmain has the crypto mining community, investors, and stock traders with their ears to the wire. Can Bitmain pull a rabbit out of a hat? The 21st Money Team will keep you informed.

The NBA’s Houston Rockets have entered into a sponsorship agreement with AntPool, a Bitcoin Mining Company. AntPool is a Chinese bitcoin mining company. They rank number 2 in comparison to their competitors. AntPool is also owned by Bitmain. Representatives of AntPool have expressed, that their partnership with the Houston Rockets will help to progress the adoption of digital currencies. They chose the Houston Rockets because the team has a large fanbase in China. AntPool also feels that their involvement with the Houston Rockets will help their expansion efforts in Houston, and America. Being partnered with a high profile professional sports club has great advantages, because of the high number of fans and followers. These fans are not limited to the location of the team. AntPool representatives have expressed that the team’s global fan base has far reaching potential for digital currency and blockchain applications. 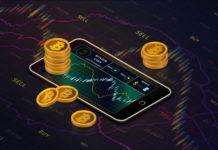 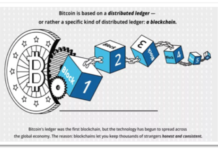 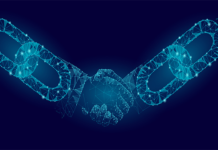 How can blockchain technology make your education better?

5 Reasons Your Business Should Switch to the Cloud

Pancake Slip Ring And Its Specifications