Silicon Labs continues to transform itself from a company once known by its broadcast and Internet access devices to one known for its growing Internet of Things offerings.

The Austin-based chipmaker on Wednesday reported record revenue of $205.38 million for its first quarter, which ended March 31. The upswing in revenue, up 15 percent, or about $26.3 million over the same quarter last year, was boosted by 17 percent year-over-year revenue growth in its Internet of Things division. Additionally, Silicon Labs reported that revenue from its infrastructure division rose by 37 percent for the quarter.

The Internet of Things is a tech industry term for non-computing devices — such as appliances or lamps — that are connected to the Internet.

“Silicon Labs is well positioned to play a leading role in an $ 8 billion IoT market opportunity,” Tuttle said in a Wednesday call with investors and analysts. “We deliver easy to use products, platforms and tools to simplify development, and we have a well developed channel to get our solutions to market.”

Silicon Labs reported profit for the quarter of $26.4 million, or 60 cents per share, up $10.98 million year-over-year. Adjusted for one-time gains and costs, the company had earnings of 87 cents per share. Analysts polled by Zacks Investment Research had predicted 76 cents per share.

Silicon Labs’ stock opened trading on Wednesday up roughly 2 percent to $90.40 per share. The company’s share price has risen by 20 percent over the past year.

Founded in 1996, Silicon Labs employs about 1,400 people in offices around the world, with about 650 of those employees in Austin. The company makes chips that are used in products such as televisions and data centers, and its clients including Cisco, LG Electronics and Samsung.

Silicon Labs has pulled back from its business in broadcast and internet access devices to invest in Internet of Things technology, as well as electric vehicles, renewable energy and other growing tech. Its broadcast revenue for the quarter declined 3 percent year-over-year.

Silicon Labs has purchased several IoT companies during the past years, including a $240 million acquisition it completed this month of Sigma Design’s Z-Wave wireless communications technology. Silicon Labs added about 100 employees through the purchase, Tuttle said, and he said SIlicon Labs expects Z-Wave to generate $40 million in revenue for the year.

“We have a very strong portfolio that is built on our platform, providing a wide range of connectivity operations for IoT customers,” Chief Financial Officer John Hollister told the American-Statesman Wednesday. “We see the addition of the Z-Wave product as being complimentary to that.”

Hollister said the company hired about 30 employees during its first quarter for departments such as sales and hardware design, with some of those positions being in Austin.

The company predicts its revenue in the second quarter to be between $211 million and $217 million and projects profit of 23 cents to 29 cents per share.

Architectural Factors to Consider When Planning a Factory Building How to Manage Hybrid Working in 2021 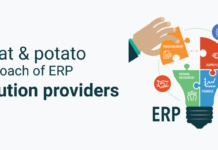 How Do I Disinfect My Mouse and Keyboard

How Accountants can Stay Productive with Cloud Accounting Solution?